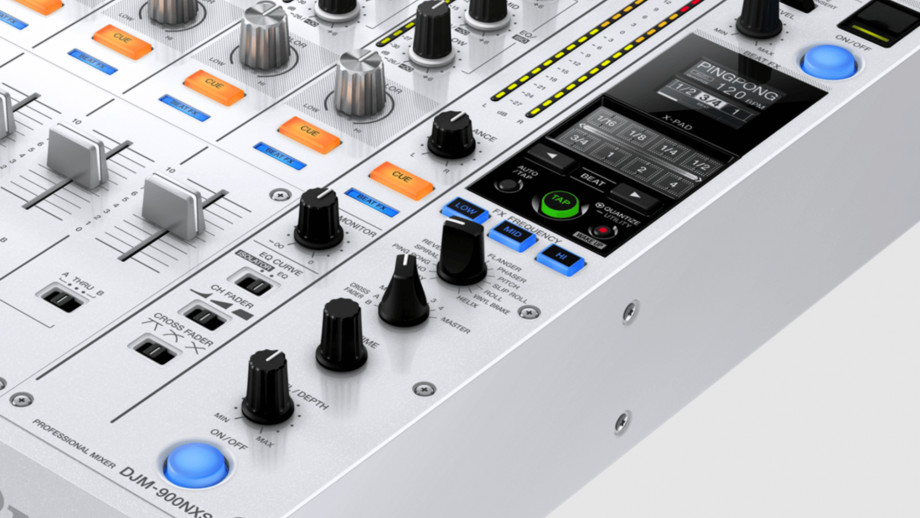 How to use DJ effects to improve your transitions and blends

What are effects used for?

Effects give DJs endless creative opportunities and the ability to create a unique and distinct style to their mix. They can build drama and add intensity to your DJ performance but they’re also a terrific way to create smooth and seamless transitions.

If you’re a beginner DJ just starting out, the considerable number of effects that are available to you and the multitude of ways they can be used can quickly become overwhelming.

You will find built-in effects in most professional DJ mixers and controllers. The number of effects and their level of adjustment will vary with each device, and you will notice that the higher the quality of the gear, the higher the specs. When launching your DJ software, you will discover additional effects are available, adding some confusion to the selection process.

Most DJs will only use a few of them and you certainly don’t need to master all the effects at your disposal to be a great DJ. You can pick a few, learn how they work, and start practising. To help you get started, here’s a rundown of some of the most popular effects you can use in your DJ sets.

What types of effects are there and how do they work? 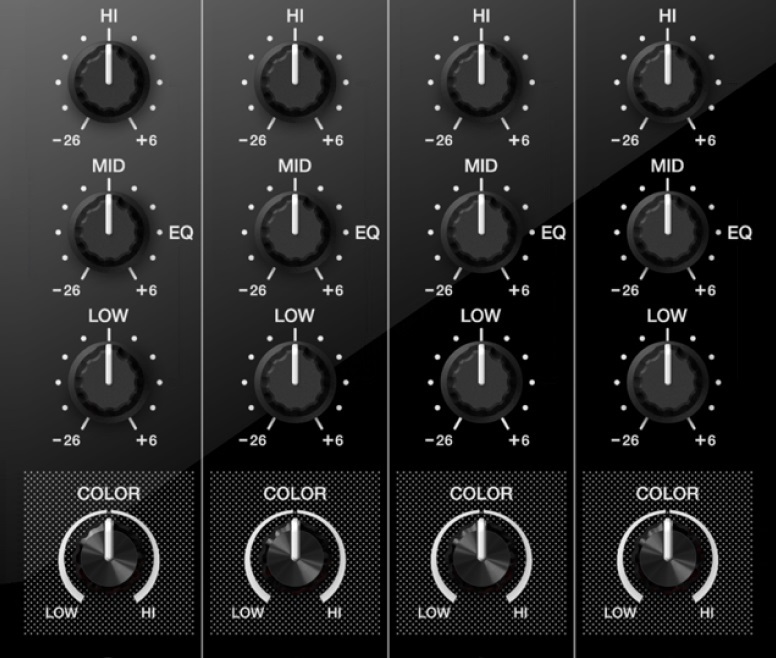 The beat FX can be activated by an on/off switch and they match a beat value or you can automatically sync the effect to an assigned channel. You can adjust the intensity of the beat effect with the Level/Depth control knob, also known as dry/wet mix. 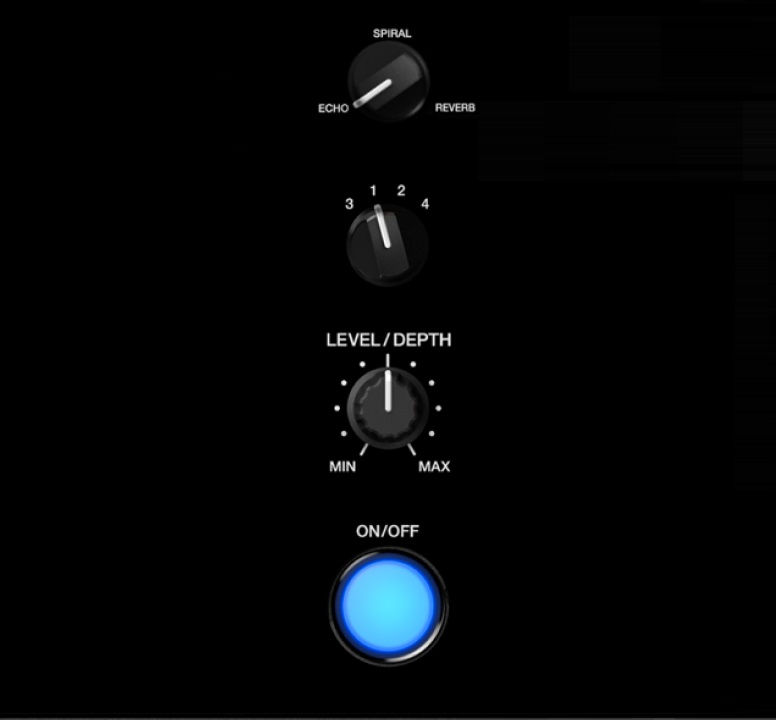 There is a third type of effect called release FX. This effect is a software alteration to the sound that mimics a manual operation of the deck, such as a backspin or a vinyl brake. Again, there are some parameters you can apply to each of these effects.

How to apply effects to your mixes and transitions

One of the most common DJ transition techniques is adding a low pass filter to the mix. We often learn to do transitions using the channel faders and EQ knobs, when bringing in a new track or taking one away. But you can elevate your DJ transitions and create much more interesting sounds by using the low/high pass filter instead.

When you are ready in your mix, you can now do a bass swap as we don’t want two low ends playing at the same time. While you bring the low end EQ of your incoming track to a neutral position, you lower the low end EQ on the track you want to exit from. Now you’ll start mixing out by slowly activating the low pass filter, leaving just your new track playing.

Some of the most used Beat effects are Echo, Reverb, and Spiral. The best thing about these effects is that they are post-fader effects, which means that the effect will carry on while gradually tailing off after you cut the fader or deactivated the effect from the on/off release button.

The Echo effect is one of the most popular effects amongst DJs as it gives depth to your music. The effect will replay a sound over and over while progressively fading out. You can control the parameters of your effect by adjusting the level/depth control. The wetter the sound the more aggressive the effect will be.

This effect sounds particularly good when exiting a track as when the fader is cut, the track will continue playing on its echo over the introduced track. You can control the duration of the echo by adjusting the level/depth control knob. One of the best parameters for effects is 3/4 of a beat.

The echo effect tends to work better on higher frequencies of music, such as vocals and higher drums. When applying the echo effect on drums for example, it will start creating a snare roll effect, which is great for artificially creating drum rolls to intensify a build-up in your mix while you prepare to bring the incoming track.

The reverb effect is another powerful effect used mostly by techno/house DJs. When you hear it it might almost sound like the echo effect; however, it adds more atmosphere to the sound and it creates the illusion that the music is being played in a much larger room. It adds emotion and can help you create a dramatic build-up before a drop which makes it a perfect tool for any transitions.

You can use it at any point in your mix that has these big build-ups or breakdowns as the effect will work really nicely. Use it on your original track by releasing the effect on a dry position and gradually increase the intensity before turning it off. Make sure not to overpower the sound by adding too much effect. Always maintain it at 50% and keep the depth/level control knob to a 50/50 dry/wet level.

The reverb effect has an added feature. The higher the intensity the more distance you’ll create to the sound. So not only this can be applied to fade away a track, but also to fade in an incoming track as you can apply the effect to make it sound distant while reducing the effect and bringing it closer.

The spiral effect is a reverb effect very similar to the echo effect. This effect is great to use at the end of the original track as it allows you to maintain the reverb indefinitely until the effect is deactivated. For this trick, bring in the next track gradually using the filter effect. Then press the on/off effect button to release the Spiral effect on the original track and with the dry/wet knob, gradually adjust the intensity, before cutting the fader at the right moment.

If the effect becomes too overwhelming, simply gently sweep the knob back to a drier position while carefully maintaining the effect. When the moment is right, deactivate the effect by pressing again the on/off button and you’ll notice the sound will progressively fade out.

By deactivating the on/off button you’ll reach a much smoother fading out than when attempting to do it manually with the dry/wet knob. This is particularly effective when applying this effect over vocals before the drums kick in at the incoming track.

You can find this technique being applied at one of Honey Dijon’s mixes. It is a pleasure to watch and is a great example you can learn from.

This will recreate the effect of turning the motor switch in your turntable to create a slow brake effect. In modern DJ equipment, you can now recreate this effect by activating this feature and adjusting the speed of the brake and level of depth in your DJ software. This effect works well in hip-hop music.

Adjust the brake to last around 1 beat in length, then at the end of your original track, on the third beat apply the brake and cut the fader while playing the next track at the same time. This technique is highly effective in dynamic transitions and is a great tool to surprise your audience with something they didn’t expect.

Learning how to use effects can be a tremendous opportunity to put your personal artistic stamp and create some truly dynamic DJ sets that are unique to your style. Once you get comfortable with the effects, it can be easy to start using them all along a track and get carried away.

It needs to be used tastefully and when it makes sense. Think of effects like salt and pepper in your cooking. They are used to elevate the music rather than replace it so use them for a specific purpose.

Want to learn how to level up the energy in your DJ sets? Check out our video course with Harriet Jaxxon where you'll learn how to manage the energy levels and keep the crowd dancing all night.