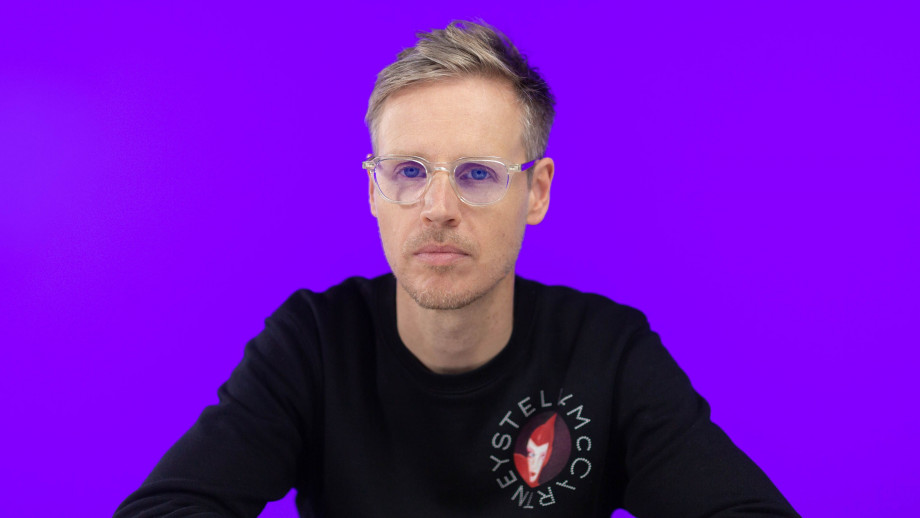 Joris Voorn: “There’s no way that you can force creativity”

Joris Voorn is a true icon of the techno scene – the Dutch producer and DJ has been one of the key figures in bringing underground sounds to a wider audience. We sat down with him for some quick questions and discussed everything from weird gigs to the future of music.

My favourite synthesizer is probably the Roland Juno 106. It's my first one, I bought it in 2000 and I’ve made music with it ever since.

The VST version of the Juno 106. Apart from that, the OBX from Arturia. It’s an emulation of the classic Oberheim synthesizer and it sounds absolutely fabulous for anything from leads to chords and basslines.

What’s your DAW of choice and why?

Definitely Ableton – I’ve been making music with it for 15 years and it can do anything I’d ever want to do with any DAW.

Do you think that gear matters? Can you achieve great results on a budget?

You can achieve absolutely great results on a budget. Gear is important but it’s not everything. You can make great music with just a copy of Ableton. Of course, it helps to have some gear but you don’t really need it. Sometimes less is more – if you have little to work with, you just get very creative with it and that can be key to becoming a great producer.

Music means everything to me – it’s my life really. I couldn’t live without music.

What’s one thing you wish you’d known when you were starting out?

I’m kinda happy that I didn’t know everything when I was starting out because I was sort of like a blank slate, a tabula rasa, and just doing whatever I felt like doing. There were no rules and that was a great thing. I’m happy that I was not held back by knowing too many things about the industry. 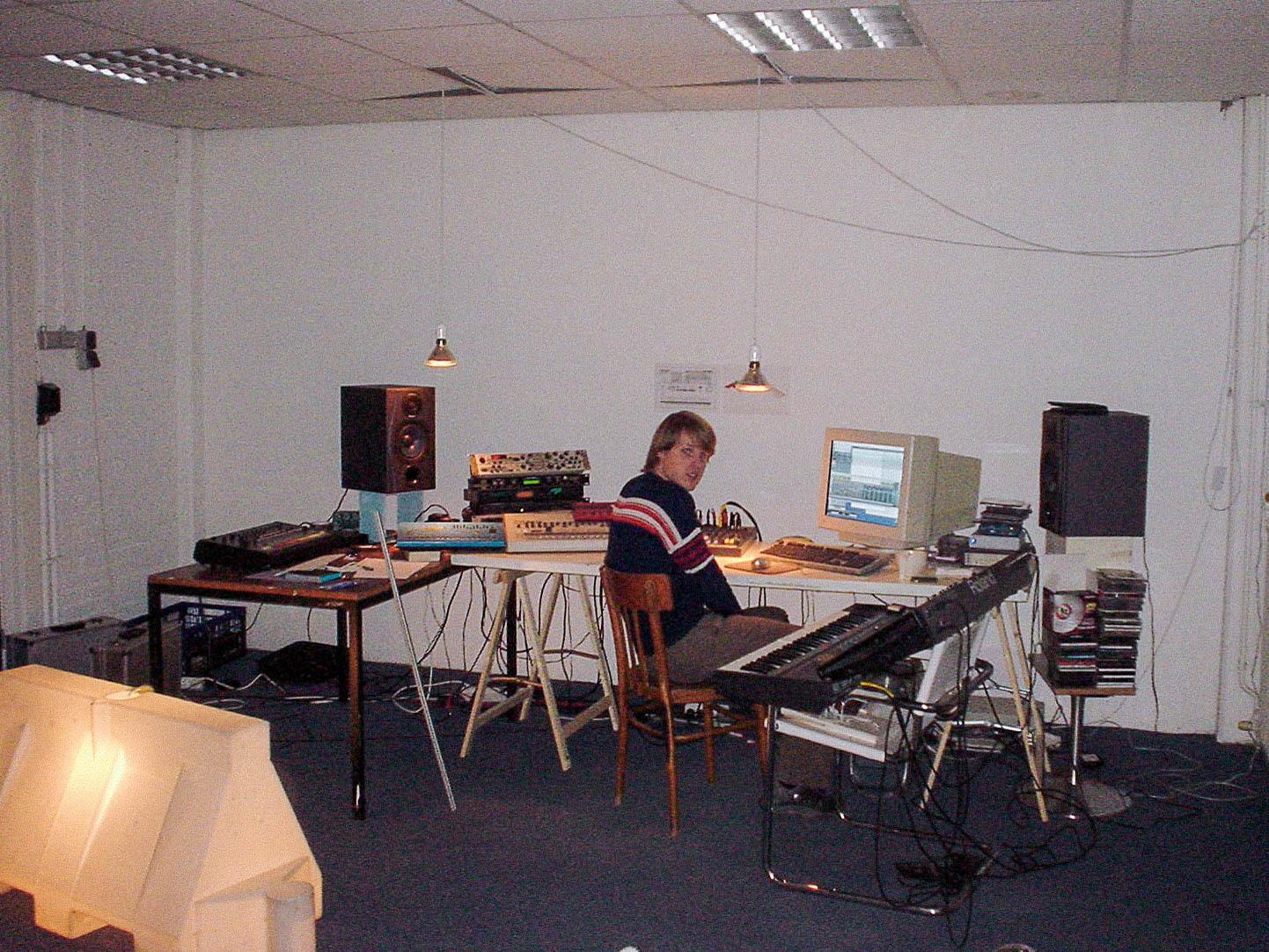 Who or what inspires you?

Anything in life can be an inspiration but I think listening to a wide variety of music is definitely something I love to do – whether it's jazz, classical, techno or soul. It can really be anything and it can spark joy and inspiration at any time.

When you’re feeling creatively blocked, what do you do to find inspiration?

It’s better just to step outside, step away and do something completely different. There’s no way that you can force creativity. However, sometimes you just have to start working on something and maybe it works and if it doesn’t, just go and walk the dog or something.

How do you stay motivated?

What’s your favourite gig that you ever went to?

One of the most memorable gigs I ever attended was Richie Hawtin playing at Sonar 2005 at the peak of the minimal craze when he was playing a very linear, kinda dubby deep set and then in the middle of the set he played this big fat iconic housey techno track from the 90s with a repeating vocal on top. It completely exploded the whole sea of people – maybe 10,000 people were there. That just really blew the whole roof off – it was amazing.

If you had to pick one gig that you’ve played that was your favourite, which would it be?

It was Awakenings in Amsterdam when I got to the stage and then my laptop didn’t work. I had 45 minutes to go and Richie Hawtin was playing before me and I didn’t have a laptop so I had to run to my friend's house who lived very close by. I quickly put some of my music on his laptop, managed to get his Traktor working, ran back to Awakenings and got everything connected. I think I played one of my best Awakening sets and maybe one of my best ever. It was the limitation of only having the amount of tracks that I had preselected for the gig anyway – I couldn’t dig into my library because it wasn’t there. That limitation really did something creatively and made me play one of my best gigs.

And what’s the worst gig you’ve ever played?

It would have definitely been in a club in Italy and it was terrible. My laptop just didn’t want to work. I was updating something and I didn’t have the right amount of memory on my computer so it just got stuck and my laptop just didn’t want to play. I had to manually put music on a USB stick or burn CDs while I was DJing. I never want to go through that again. I was never invited back to the club anyway – I think the feeling was mutual!

Last year during the lockdown I was playing for Mysteryland in the Netherlands and they thought it was a good idea to have DJs play in hot-air balloons that were stuck to the ground with wires. Most of the balloons were ok but mine was heart-shaped and it wasn’t round so the wind was blowing it upside-down almost. I was hanging sideways while holding my stuff and trying to mix in a record on my laptop while there was a cameraman and hot fire by my neck – it was the worst DJ gig ever. A lot of people enjoyed it but, to be honest, it felt terrible.

Right now what I love about the music industry is that it seems like anything goes. There seem to be no restrictions musically – there are more genres and sub-genres than there’s ever been and every corner of the music has its own audience. I love seeing all these creative hubs everywhere that work really well by themselves but I love to draw inspiration from them as well and see how I can incorporate all these different sounds into my music.

Social media seems to have taken a very big role in me doing my work. I love connecting with my fans through social media so it's absolutely great for many things but it seems to be more important to do really well on social media than playing a great gig sometimes.

If you had a crystal ball and could see 10 years in the future, what do you think’s going to be different about the music industry?

I’ve got no idea. I hope I’m still going to be there. I’m very curious if social media is still going to be as important as it is right now. Musically, I’m very curious if there is an even wider variety of music around or if things shift to a more underground or commercial way. At this point, it’s very hard to say where it’s going because we’re kind of in a new era where the underground seems to have taken over the more mainstream sides of dance music. I’m curious to see if that’s still the same in 10 years.

What was the first record you bought?

It might have been The Wall by Pink Floyd a long time ago.

And what’s the most recent record you’ve bought?

It must have been a vintage record. Last year during the lockdown I rediscovered my vinyl collection. I went through a lot of them, I got rid of a lot of records that I’ll probably never touch again and I went back to the record store to buy lots of old records. I bought lots of old acid records so probably an old DJ ESP record I think.

In your opinion, what are the best mixed and mastered records?

If you could play a B2B with any DJ that you haven’t already, who would it be?

I saw DJ Sven Väth play the other day when I was playing before him in Poland and I stayed around to listen to him. Obviously, he’s been a great DJ for many years and I’ve heard him play many times but nowadays I think he’s someone who brings the same thing he’s always been bringing but it’s a very calm way of mixing and giving a lot of space to the records. I’d love to do a B2B with him one day playing just vinyl records, that would be absolutely amazing.

If you could meet or collaborate with any musician from history, who would it be?

I would love to do something with Robert Hood. I think he was one of my big inspirations in the 90s to make stab-driven techno music. I think he’s still at the top of his game. I’d love to hear how he’s managed to stay on top. Obviously, the music is still great so I think I know the answer but I’d love to hear his thoughts on how he’s done it.

If you want to the secrets behind Joris Voorn’s signature brand of Melodic Techno, make sure to check out his video course here on Virtuoso.