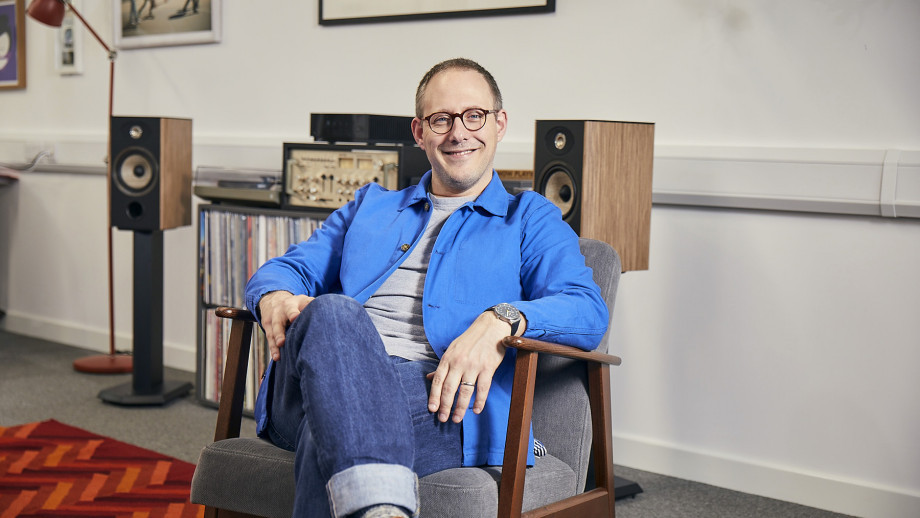 Legal information that every artist should know

You might think legal issues are only something that only concerns big superstar artists, but experienced music lawyer Richard Hoare would beg to differ. As a part of our live sessions, he came to the Virtuoso Stage and explained exactly what you need to know to keep above board as a new artist. Here are 4 of his top tips from that session.

When does an artist need a lawyer?

If you're serious about a career in music then it's never too early to have a conversation with a music lawyer. Sometimes it gets compared to going to the dentist – it's a really good idea to be registered with a dentist so you’ve got someone to go to if you’ve got any problems. This means you can have check-ups where you might get some pointers as to best practices – things to look out for to make sure that you're not making any mistakes that could hurt you in the future.

The time to first speak to a lawyer shouldn’t be when things start going wrong. The way to look at it is more about prevention than cure – if you’re being presented with a contract or you’re being asked to sign anything which is granting any kind of long term rights to anyone or if there's anything that you are unsure about, then that would be a sensible time to speak to someone before you sign.

There are lawyers who have a roster of like-minded artists whose careers you're looking to follow in the footsteps of, so finding out who represents them is often a good place to start.

Copyright, what do artists need to know?

There are 2 main types of copyright that you need to be aware of as an artist. The first is the copyright in the underlying words and musical content that you're creating. So, you could write a song, chords and a melody with some lyrics over the top, and it doesn't matter if it's you that records that or someone else does a cover version of it in the future and another artist releases it in the future – there's specific copyright in the lyrics and musical content themselves. There can be multiple different recordings of the words and music, but the copyright for the song belongs to you.

It can get confusing because the words used for that copyright are interchangeable. ‘Musical works’, ‘lyrics’, ‘publishing’, ‘a song’, ‘compositions’ – all of those terms are used interchangeably. Most commonly, you’ll hear about publishing copyright. Just like with a book publisher, although the book may be edited, re-released in different versions, and distributed differently in different areas, the copyright for the content itself belongs to you. That is really the foundation of what you create as an artist. Most artists, in their early days at least, are going to be the writer. So publishing copyright is the main type of copyright. 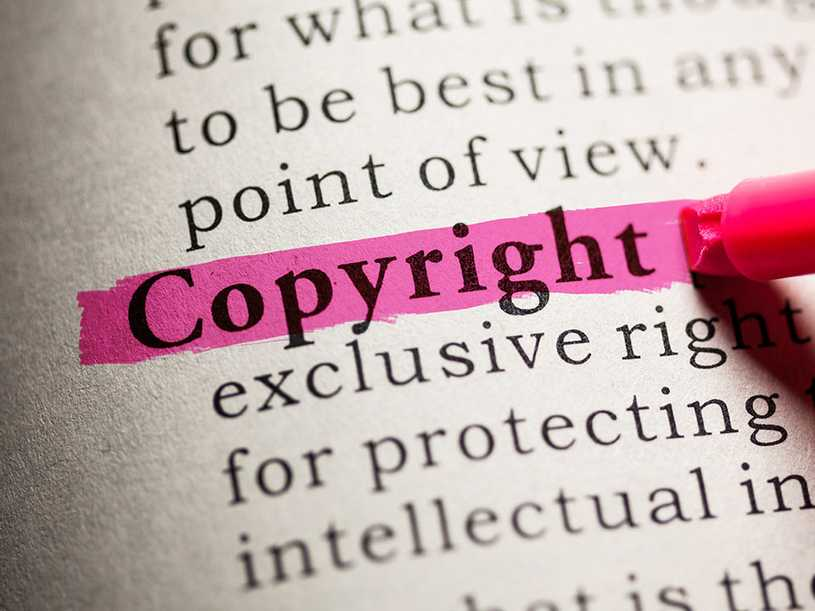 Be wary of what that copyright can attach you to. Copyright can only attach you to original works, so if you’re incorporating pre-existing material into your songs and/or recordings, you’re not going to own that copyright entirely because it's going to have other peoples original work within it, and so we need to think about how you incorporate other people's contributions into your copyright.

So what protection does copyright give artists? Effectively, copyright gives you as an artist a bundle of rights that says you (and you alone) can do with the sound recording of the song as you wish. So it's up to you if someone wants to release that record, distribute it on the internet, or put that sound recording on a film. You as their copyright owner control all of those rights in the first instance.

If and when you sign a record deal, you’ll be granting those rights to the record label, but you would usually want to make sure you retain control of how some of those things happen e.g. approval over which adverts/films your recording could feature on.

Be very wary of anecdotal advice out there on what's ok to sample and what's not. We’ve probably all heard people say things like “2 seconds is fine!”. This sort of advice gets thrown about, but it's not correct. If you sample a distinctive ‘woop’ from James Brown, which might last just a fraction of a second, you will be able to hear straight away that it's James Brown, and that it’s a substantial element that's being copied, so it's not necessarily just about the duration.

You’ll also hear people say ‘there's no copyright in a chord sequence’. There is some justification for that as there are a lot of very common 12 bar blues or similar chord sequences that crop up in many different songs. That's not the end of it though, as there may be very distinctive chord sequences following shortly after. The track ‘Blurred lines’ by Robin Thicke feat T.I and Pharrell Williams changed everything by exposing the fact it's really risky to sample anything. The understanding is there isn’t a direct lift (or theft) of a sample in there, though the whole song takes on the exact same ‘vibe’ as the original Marvin Gaye record ‘Got to give it up’. Just listen to the first 20-30 seconds of each record for proof. So much so, the jury in the US decided it was a sufficient enough infringement of the original works. When you get into this territory, especially with electronic music where producers often use reference tracks to create a certain ‘feel’ – which could lead to all sorts of issues. There are definitely very ‘blurred lines’ with sampling.

In practical terms, if you know that you're not using a melody, motif, distinctive bassline or sound recording, you're unlikely to come across too many issues. Unless, of course, your track becomes a huge hit. If you get successful, you can get penalised for that sometimes. There are only so many chord sequences and patterns in the world you can come up with, therefore you will encounter some similarities. Every time Ed Sheeran releases a track, people come from underneath the woodwork to argue “this sounds exactly like my track!”.

More relevant to electronic producers and emerging artists, when you are using sample packs or sample libraries, be cautious of who you are purchasing those samples from. There are many libraries out there where things aren't cleared or are from dubious sources, or, even more suspiciously, some may have small-print to suggest that if your track goes to release (assuming it sells many copies), they would be entitled to a cut. However, there are plenty of brilliant and well-established sample library services out there, that go to huge lengths to ensure the material you’ve got is fully cleared and you are able to use it however you want to with no royalty obligations.

It might be a bit of a cliché, but the first lines are generally the most important parts in a contract, which essentially states who you are signing a contract with. If the company or label you are working with and signing a contract with is dishonest or unreliable, then it's almost as if the rest of the contract does not matter. If you enter into an agreement with someone who you don’t necessarily trust or can’t build a relationship with, it almost makes the rest of the agreement irrelevant. Understanding who you are working with is really important. 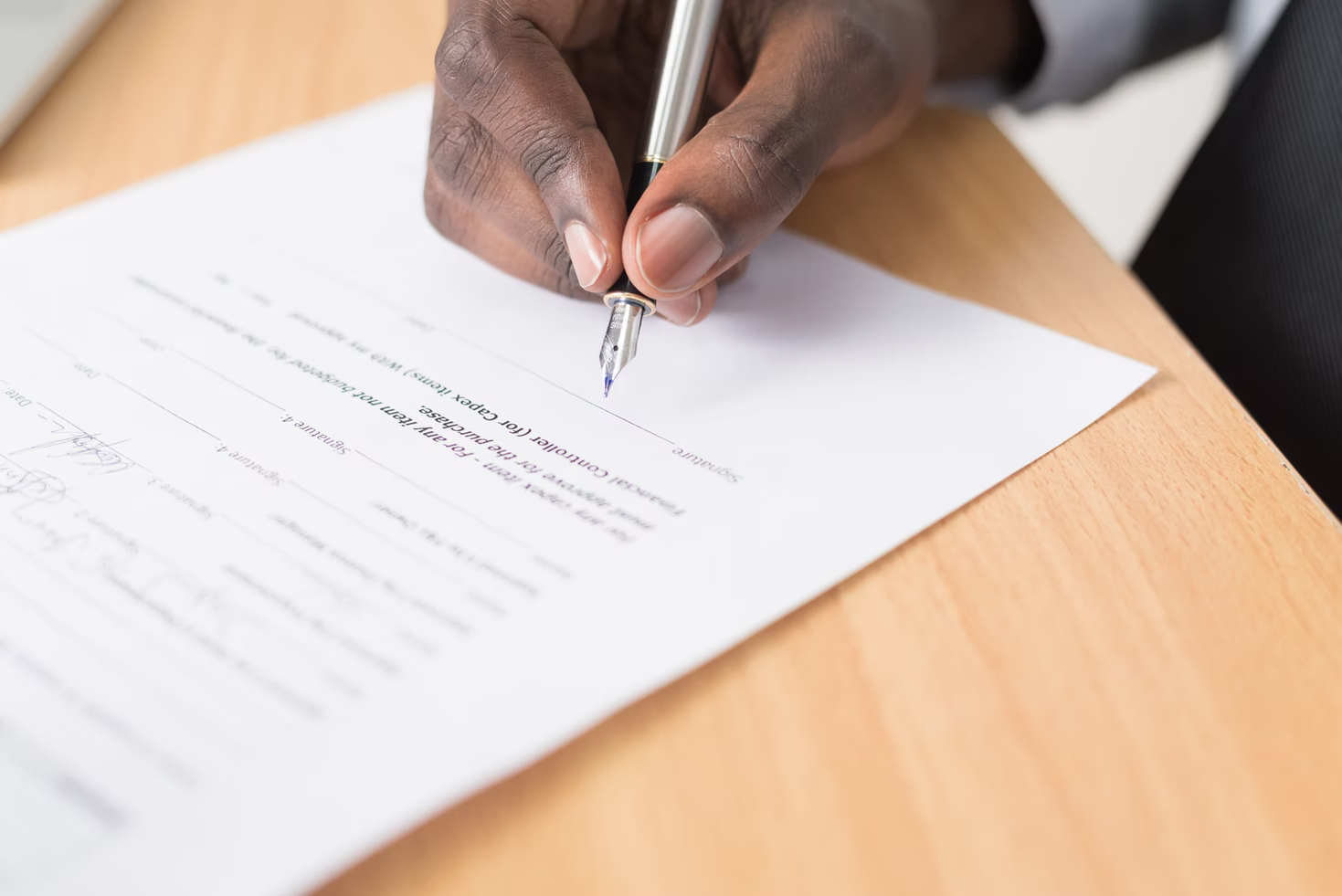 Also, consider what degree of exclusivity you are giving to that label. If you sign a track with a label, you’ll want to know if you’ll be able to release a track with another label after that tracks come out (or perhaps before), if you want. You want to make sure there's nothing preventing you from making decisions in your career as an artist.

The minute an agreement starts talking about exclusive rights over a longer period of time e.g. “we have rights to release one track, and then we want exclusive rights to 2 or 3 more in the future, we need to define how long this exclusivity lasts because during that whole period, you won't be able to release music with someone else and it may come with a variety of different implications that could impact your career.