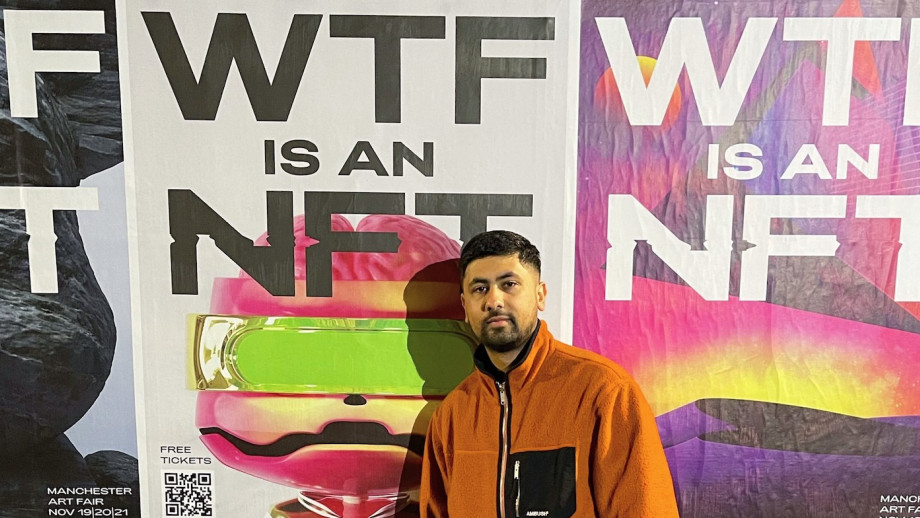 What on earth is an NFT?

‘NFT’, arguably the buzz-acronym of 2021, seems to have transcended from forward-thinking tech evangelists into mainstream consciousness. More and more people are becoming aware of the disruptive technology, though just as many are still chin-scratching, confused as to what NFTs are and, more specifically, how they might impact the creative industries.

A Non-fungible Token (NFT) is, simply put, any digital media file that has a certification of authenticity signed by the original creator, existing on the blockchain. In theory, any file that exists in the digital realm, whether it's an mp3, an iPhone photo, an animated gif or a 3D graphic can be an NFT, even a tweet can become an NFT. Similar to how you would own a physical, original painting in your house, you can own a ‘real’ audio-file or a 3D piece of visual art. 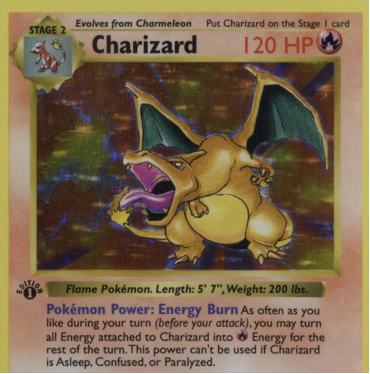 To use a tangible example, think for a moment of Pokémon cards. And not just any card. More specifically, an original Holographic Charizard 1st edition card. At the time of writing, this card is listed for sale on eBay for £399,999. Yet, the process to replicate it, with materials and printing factored in, would comparatively cost next to nothing. There seems to be an innate human desire within us to want to own the original of something. The concept of owning something that's unique and rare really does therefore create emotional value for a collector, or perhaps someone who has a strong affinity and personal connection for a particular song or artist.

Imagine we went back in time to a record shop when a hugely popular vinyl with very few pressings had sold out. You’d consequently have to scramble to find yourself a copy, by which point you’d have to pay a premium price-tag versus its original market value. For the modern digital era, imagine the Instagram verification checkmark; something that is (relatively) digitally scarce yet most people want one. The point here, and what's significant to take into consideration with NFTs, is that the more scarce, the more valuable. 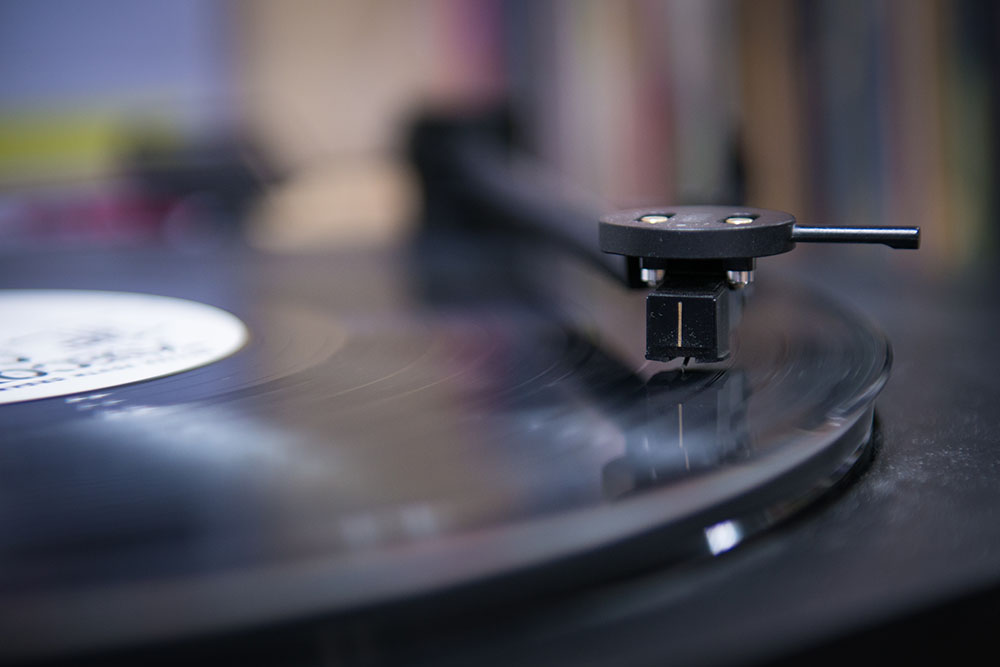 NFT's link to the music industry largely involves conversations and excitement generated from the notion that artists can have complete ownership of their digital work. Many predict a decentralised ecosystem where artists can eventually give their fans revenue share in music rights and/or backstage passes at their next tour to give a few of many ideas, in exchange for tokenised digital art in the form of NFTs.

At its very core, a completely tokenised system where incentives are measured on a fan-to-artist engagement model. Ever since the widespread use of digital music it's been widely disputed what exactly the true monetary value of music is to the avid listener, does an average cost of $0.004 per stream on Spotify truly reflect the emotional value fans get from hearing their favourite artists' music? You’d expect many passionate music lovers (both creators and consumers) to say no, therefore any technology that looks to increase rewards directly to the artist could be a seriously powerful disruptor to traditional business models in the not-too-distant future.

The NFT phenomenon is not without its early critics though. Environmental well-being is at the forefront of such negativity. For instance, a well known NFT called ‘Space Cat’ (simply a GIF of a cat rocketing towards the moon) allegedly has a carbon footprint equivalent to that of an EU resident’s electricity usage for 2 months, claimed the CryptoArt.wtf website.

There’s also the healthy argument that access to the NFT game is an exclusive club, only in reach for wealthy tech-savvy opportunists and resembling the internet's equivalent of Soho House. This is partly due to the high costs involved with joining certain crypto communities, or DAOs (Decentralised Autonomous Organisation - a community existing on the blockchain). ”It's like the illuminati'', quipped Chris Reed, AKA Plastician, last time he visited the Virtuoso studio, referring to an elusive digital collective in the NFT circuit known as 'Chad Team 6'.

In an ADE panel from April 2021, Techno pioneer and active NFT auctioneer Richie Hawtin claims that one of the downsides of the tech is, “There's a lot of people jumping into the space with dollar signs in their eyes, and missing the opportunity for using this technology to empower creative artists''.

It's safe to say any new technological innovation will inevitably divide opinion, coming with no shortage of pitchfork-wielding Luddites. Flipping the coin, the more radical and positive forecasts of NFTs and Blockchain technology envision a futuristic, democratic and utopian music industry, which does away with the necessity of intermediaries that pose themselves between the artists' music and the fans, such as booking agents, lawyers and even record labels.

It's far too soon to speculate on such seismic shifts (for better or worse), as we are still in the early adoption phase of NFTs. What's evidently clear is the huge swarm of various high-profile artists jumping on the early tech-wave. Many of whom are earning sizeable sums for what can be argued as just a wav. file or a 10 second 3D animated kaleidoscope loop, which is essentially true. The 'afx\/weirdcore\blockscanner' artwork, an audio-visual collaboration between Aphex Twin and visual artist Weirdcore, went on auction in the cryptocurrency market and sold for 72 ETH (Ethereum), equivalent to $136,349.28. 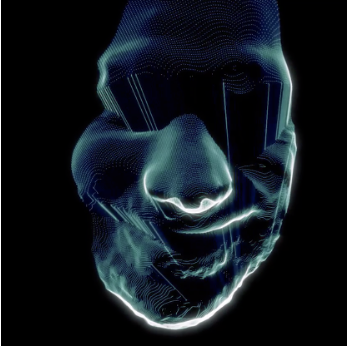 Disclosure sold the audio file 'N.F.T N.R.G' for 43ETH in March 2021 created on a Twitch livestream, while Grimes sold a series of digital artwork pieces to the approximate tune of $6m on the digital art online auction platform Nifty Gateway.

Despite its seemingly complex nature, it may be easier to get involved than many music makers might think. Invest in some Ethereum, set up a digital wallet, mint a piece of artwork and put it up for sale on the cryptocurrency marketplace. Easy, right?

If you're baffled by where to start and perplexed by some NFT terminology like DAOs, smart contracts, gas fees and minting – do not fear, you are not alone. 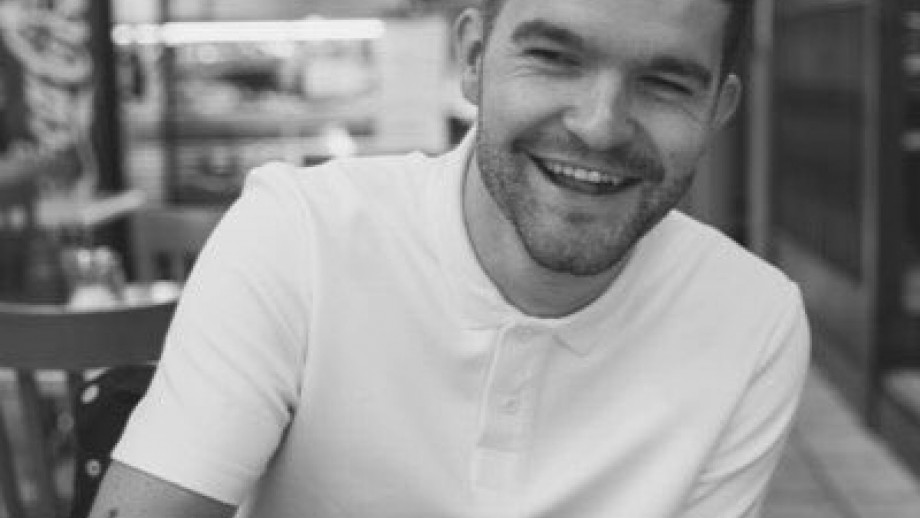 As it happens, we have a SmartStudio live session on the 25th November, where we'll be joined by Plastician, who will decipher the concept of NFTs, what this means for the music industry and why it could be significant for the future. He will discuss potential pros/cons and look into how the next generation of music makers can take advantage of this exciting new tech. He'll be joined by renowned Manchester-based NFT artist NUMAN®, who will explore avenues of digital collaboration within the creative communities. Sign up HERE (free for Virtuoso subscribers).