We’re a team dedicated to making music education accessible for everyone. 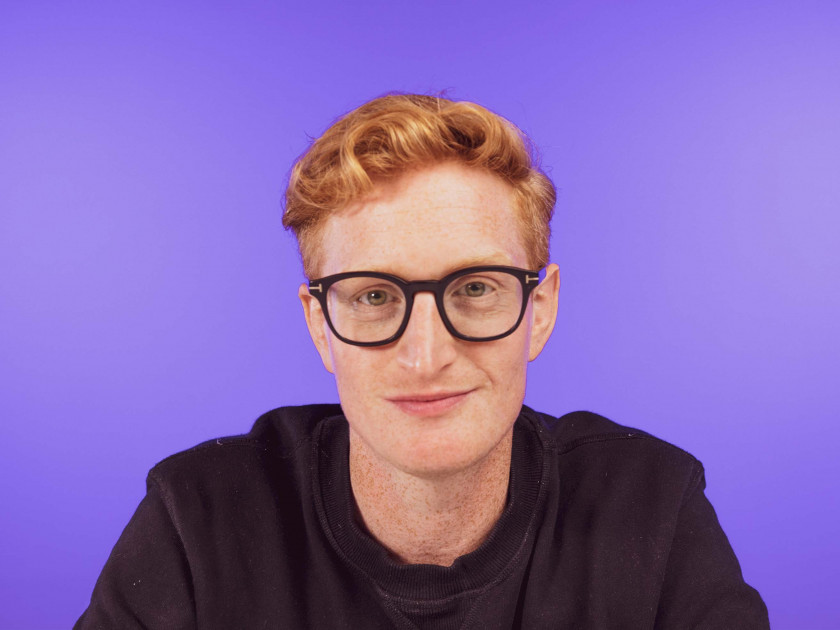 Austen is our co-founder and CEO. Following several years in the education industry he founded FutureDJs in 2016 with Scott Smart to remix music education in schools. He has since become a leading voice in the music ed-tech space. He heads up our marketing, HR and investment strategy and has raised over £2m in capital through investment and grants to power the Smart brother’s vision to become the world’s leading music education company. He is also the voice of Virtuoso and has interviewed artists such as Carl Cox, Becky Hill, Ghetts, Goldie, Tiffany Calver and Fatboy Slim.

Austen’s influences as a DJ range from deep, dubby Techno to feel-good Disco and Funk. 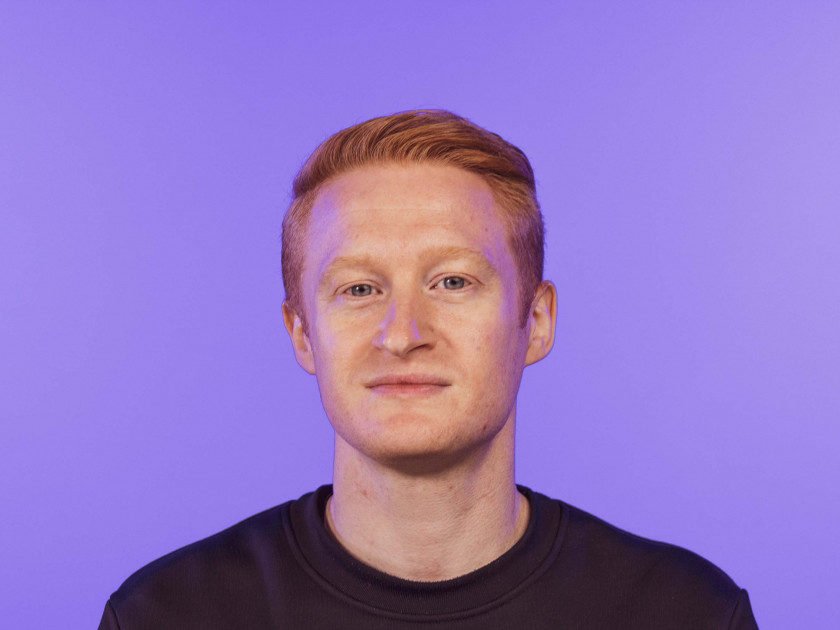 Scott is a co-founder and leads Product and Innovation at Virtuoso. He has been involved in DJ-ing and Music Production for 14 years. In this time he has collaborated with Grammy-nominated act, Groove Armada, delivered masterclasses alongside Armin van Buuren and played five times at the UK’s number one nightclub, fabric. With this experience, he started the company FutureDJs alongside his brother in 2016 – teaching DJ-ing in schools all over the UK.

Scott has a love for many genres including Techno, House, Trap, Drill, Dub, Hip hop and much more. 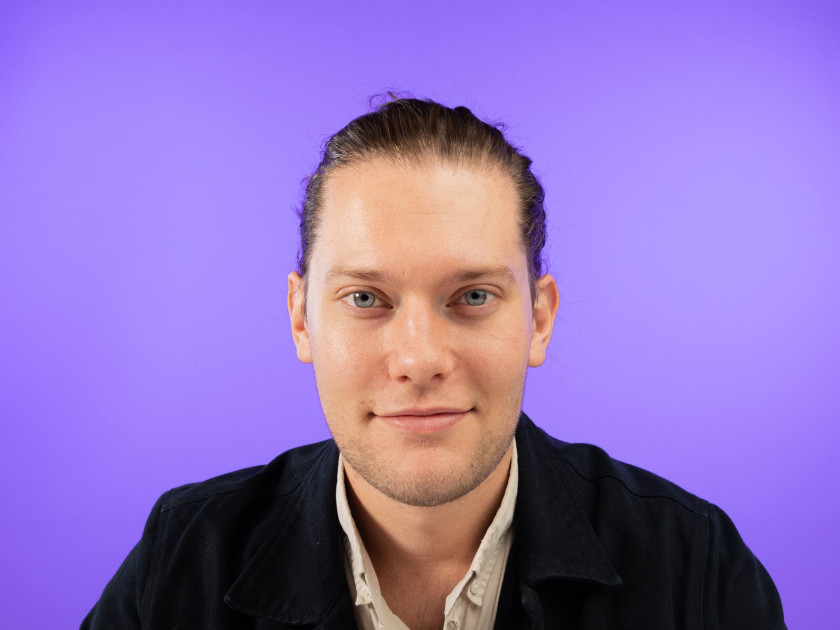 Oli is our lead videographer and part of the visual production team here at Virtuoso. With a keen eye for creativity, Oli’s work revolves around vision mixing, directing, studio management, camera operating, podcasting and editing. He studied at Salford University where he won a BAFTAR award for the best TV drama in a short film and graduated with a first-class honours degree. Oli is a keen musician, bass player by trade and a key member of the Alt-Rock band, Violet Disguise.

Outside of the Alt-Rock scene, Oli dabbles in a spot of DJ-ing, blurring the lines between Funk, Soul and Disco – you can listen to more of Oli’s influences on Spotify below. 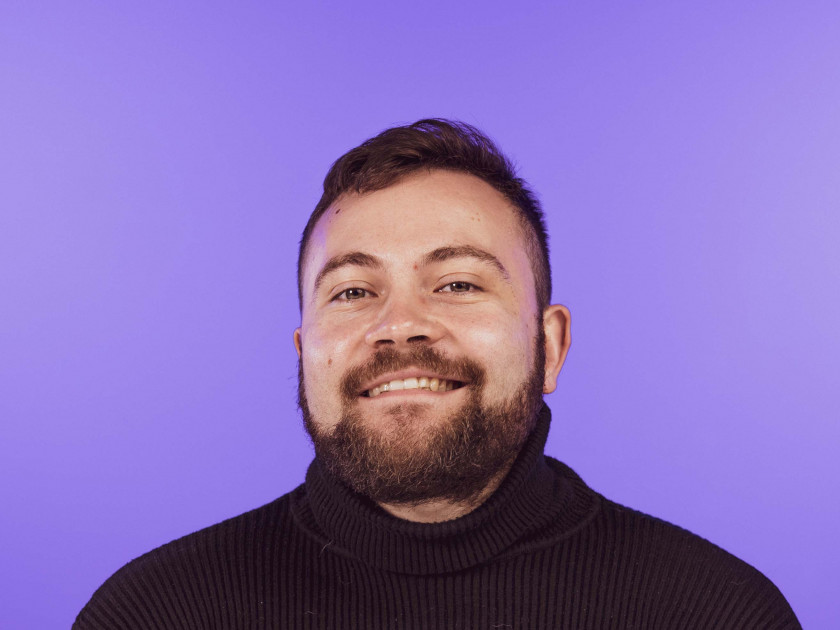 Hugh is our Chief of Staff at FutureDJs and is mainly focused on our classroom operations, the learning materials and the incredible teachers who deliver our courses. Alongside being a multi-genre DJ, Producer, Guitarist and Kora player, Hugh graduated with a Master’s Degree in Music with Distinction from the University of Salford in 2019. Hugh’s taste in music is eclectic, particularly loving UK Bass music and UK Rap. Hugh learned to DJ with Mark One, our Head Tutor, and is currently working on his own music under the monikers Hugo Mansion and Eloki.

Outside of music, Hugh is a foodie, loves his dogs and enjoys exploring natural places. Listen to music that inspires Hugh below.

Holly spent over 10 years in the events and entertainment industry, working at large scale events including the London Olympic Games and festivals throughout the UK and Australia. Here she developed ticketing and marketing strategies for music festivals, comedy tours and the West End, helping to sell millions of tickets. Holly also has a strong background in music, having learnt to play multiple instruments from an early age. Her main instrument is the trumpet and has performed at venues including the Royal Albert Hall. Holly studied Music Technology at university where she set up the student radio station and headed up a team of volunteer sound engineers for local venues before moving into event production.

Away from the office Holly will likely be at a gig or festival, listening to crime podcasts or finding the next new beer to try. Holly has an eclectic taste in music, from funk & soul to folk, dubstep and everything in-between. 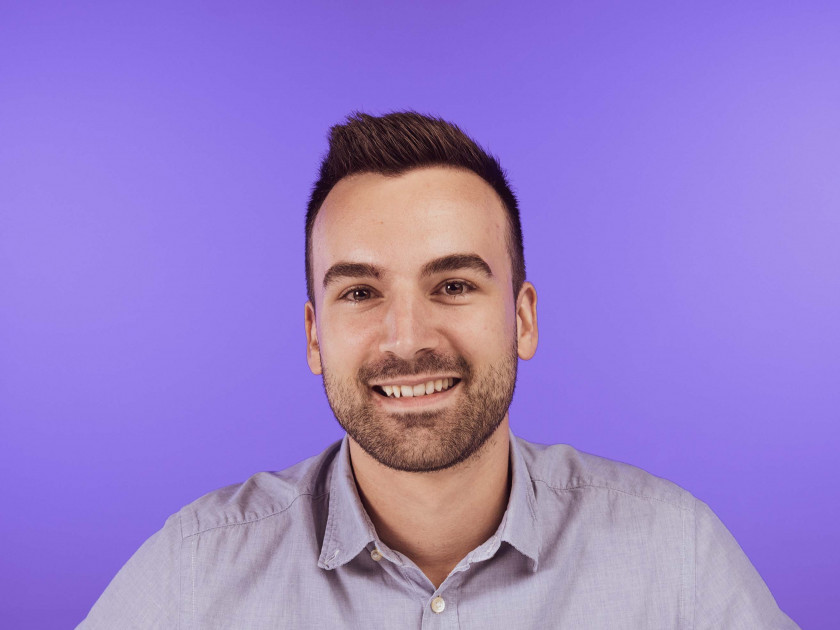 Joe coordinates all marketing across platforms and products, as well as working closely with other brands on a number of ongoing projects and partnerships. Joe’s background in communications and media, combined with a passion for electronic music, helps in his secondary role as copywriter - writing, editing and proofing all our emails, articles, video scripts and social media content. At university, Joe co-produced and co-hosted a student drum and bass radio show and worked at weekends as a light technician for events around the UK.

When not engaged in launching the next marketing campaign, Joe can be found either exploring the countryside with a good history podcast or at your nearest bass music event, standing just a little bit too close to the speaker stacks.

Mark’s talents as a remixer and DJ for the multiplatinum selling band ‘Texas’ have taken him far and wide around the globe. His diverse musical style is a fusion of House, Tech House, Jackin House and Disco House. This unique edge is reflected in both his DJ sets and his remixes. At the age of 13, Mark became interested in DJ-ing after witnessing a former DMC UK Mixing Championship Finalist practising his music. After a few years of getting to grips with DJ-ing, he went on to be the UK Northwest Mixing Champion in a number of competitions in 1991, 1992, 1993 & 1995. 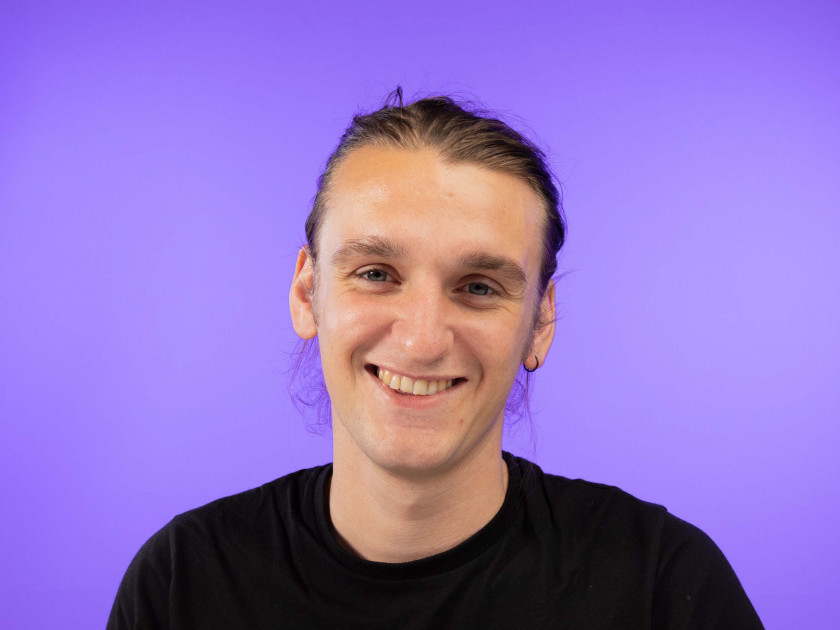 Mark is one of our videographers and part of the visual production team at Virtuoso. His videography is influenced by the live music events industry, where he captured videos and created content for some of the biggest events companies in the UK including Sankeys, Shelleys and Bonanza. He developed his passion for videography while studying music technology and film at university, completing his degree with an award for most developed student of the year.

Outside of work, Mark is an upcoming electro-pop artist going by the name of Macious, making his way through the industry playing regular shows and festivals across the UK. 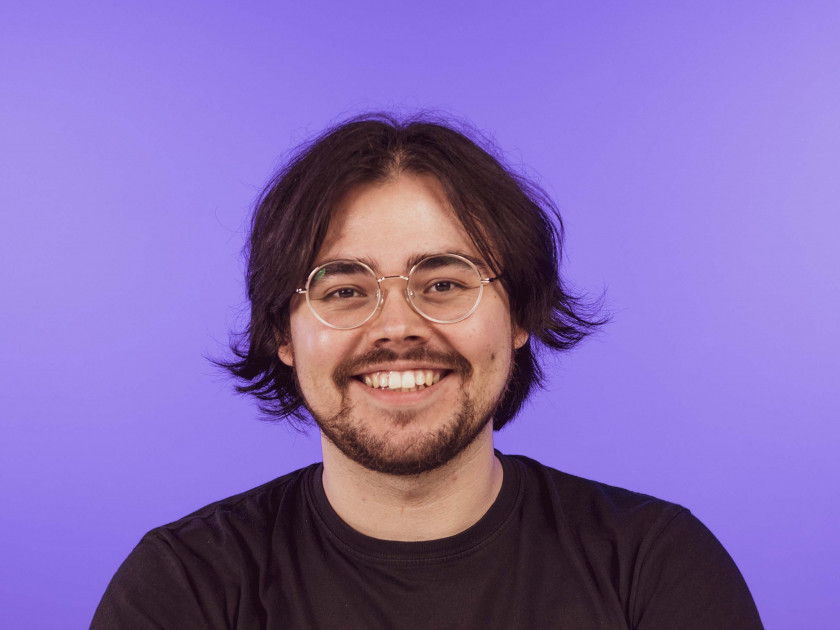 Daniel is part of our video content production team at Virtuoso. He has an eye and ear for detail in all his work, particularly when it comes to his specialist areas of podcasting, post-production sound and editing. He recently graduated from the University of Salford where he was nominated in the BAFTAR awards for Best Radio Documentary, being put forward in a category for final year students while he was still in his second year.

Daniel is also a keen guitarist, having been the lead in several bands throughout his time at university. 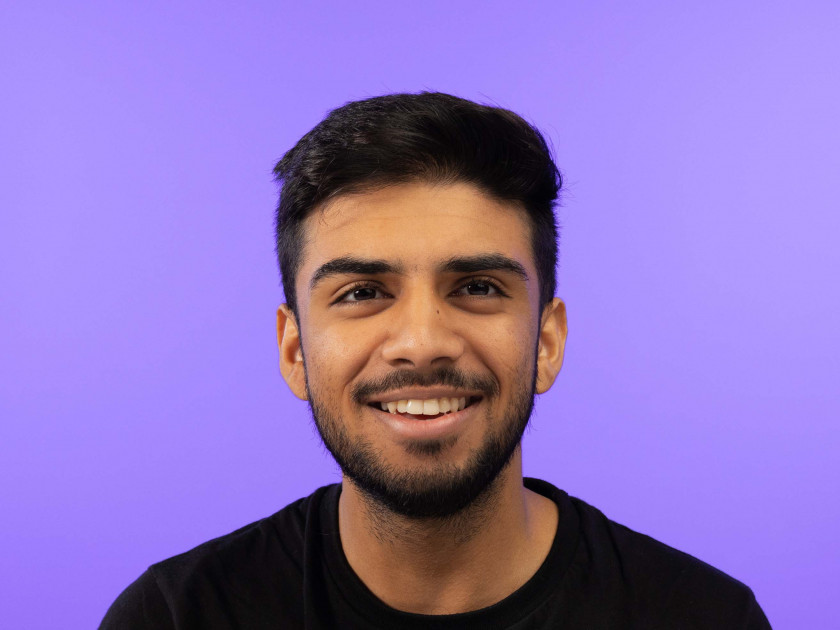 Cameron is a valued member of our highly talented video production team. He began his video editing journey at the young age of 12, editing gameplay commentaries for his YouTube channel which has now amassed over 50k subscribers and 15 million channel views. Since then he has gone on to work with some of the most influential gaming and automotive brands in the world including Xbox, Playstation and Mercedes-Benz. Alongside his passion for creating engaging social content, Cameron has also studied Film Production at the University of Winchester showing his diversity as a video editor.

Outside of his professional career, Cameron also shares a huge passion for music. His main influences range from Jungle, Soundcloud rap to melodic RnB slow jams. Cameron has also been DJ-ing and producing for around two years with hopes to touchdown on his first live set soon. 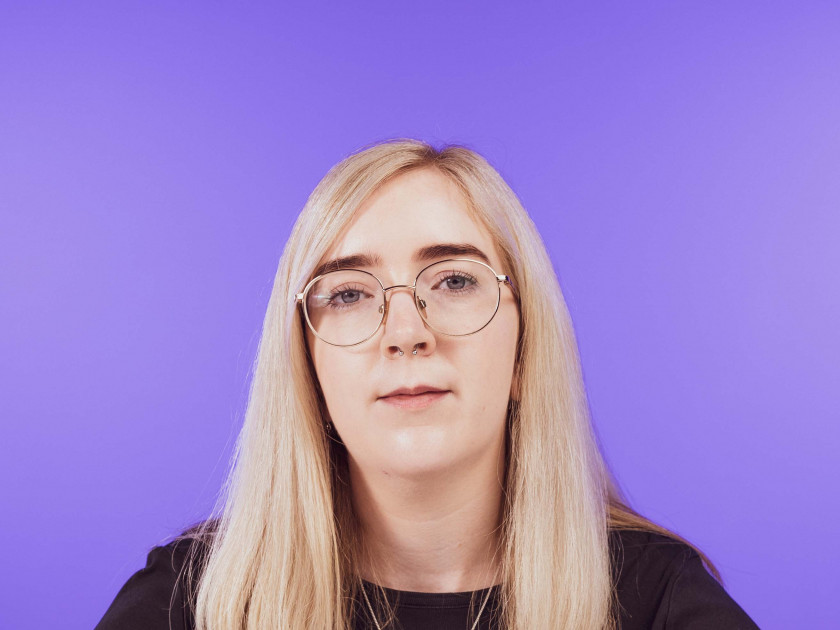 Sophie is part of our video content production team at Virtuoso. Sophie's work revolves around researching artists, studio lighting, handling rushes and colour grading. She recently graduated with a BA Hons in Film Production from the University of Salford, where she was awarded the Vice Chancellor's Undergraduate Excellence Scholarship.

On the weekend you can find Sophie standing in front of a big rig at a drum and bass event. Sophie has an eclectic music taste ranging from drum and bass and disco to psychedelic and progressive rock. 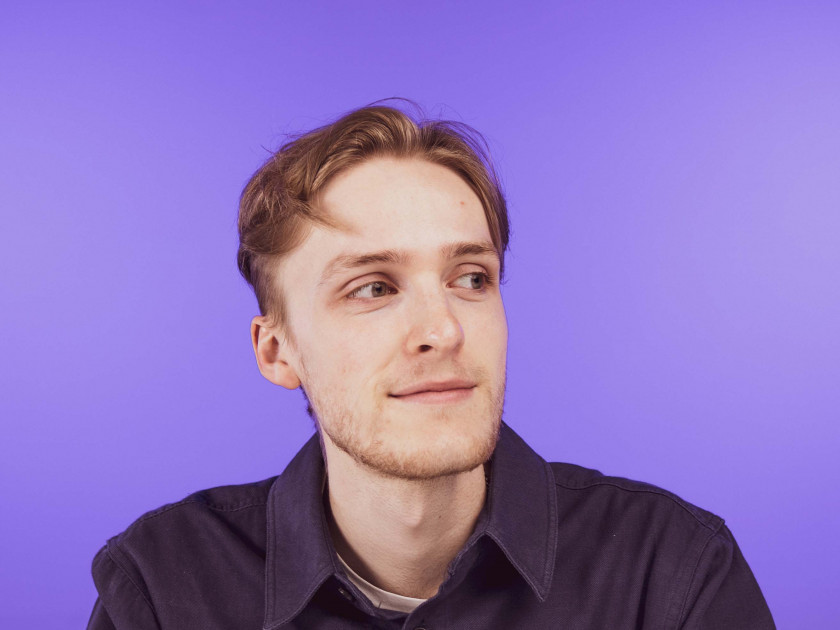 Elliot is part of the video team at Virtuoso, editing adverts and artist courses as well as writing and directing videos for our social media platforms. Before Virtuoso he studied an MA in Directing Fiction at Goldsmiths, University of London, graduating with a Distinction and having one of his films screen at the 2021 BFI Future Film Festival.
When not watching films from the 1950s you’ll find him in the studio – Elliot is a multi-instrumentalist and bedroom producer making dark alt rock, although his taste ranges from 80s pop to DnB. 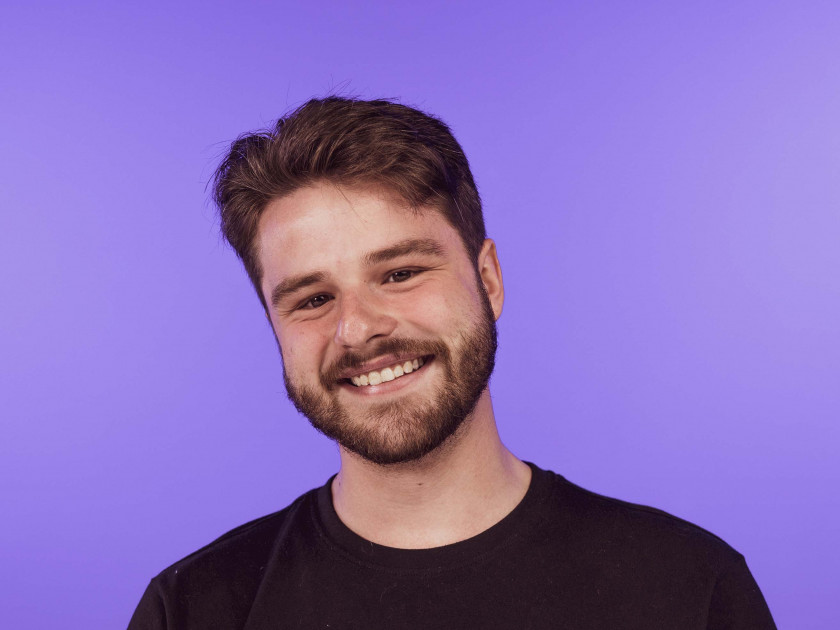 With a background in classical brass playing, as well as music production and DJ-ing, Leo is the supervisor for the Education team. Alongside fellow team members Jacob and Will, Leo designs the course content and supporting documents for each artist, to ensure that learners are getting the maximum value possible from each course.

Outside of work you can usually find Leo practicing, gigging or enjoying a movie night in front of Netflix. 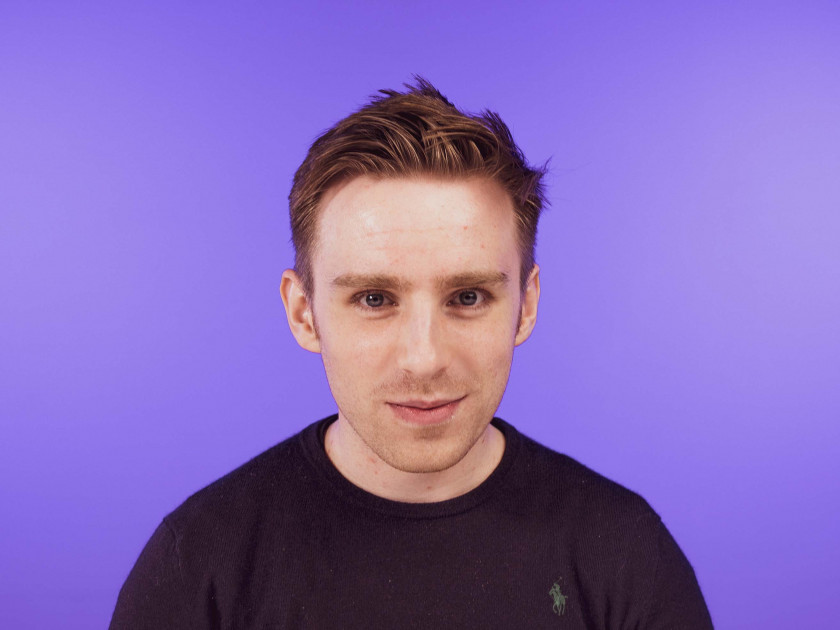 Will works as a part of the Education team where he plans out the outlines of our courses, creates accompanying handouts and writes for the blog. Coming from a background in education, he has a passion for teaching and loves combining that with his other passion – music.

Outside of work, Will plays bass in the pop band Love Trapezium and his musical tastes range from dad-rock to disco. Will has a degree in Electronic Engineering but still isn’t 100% sure how the fancy office microwave works. 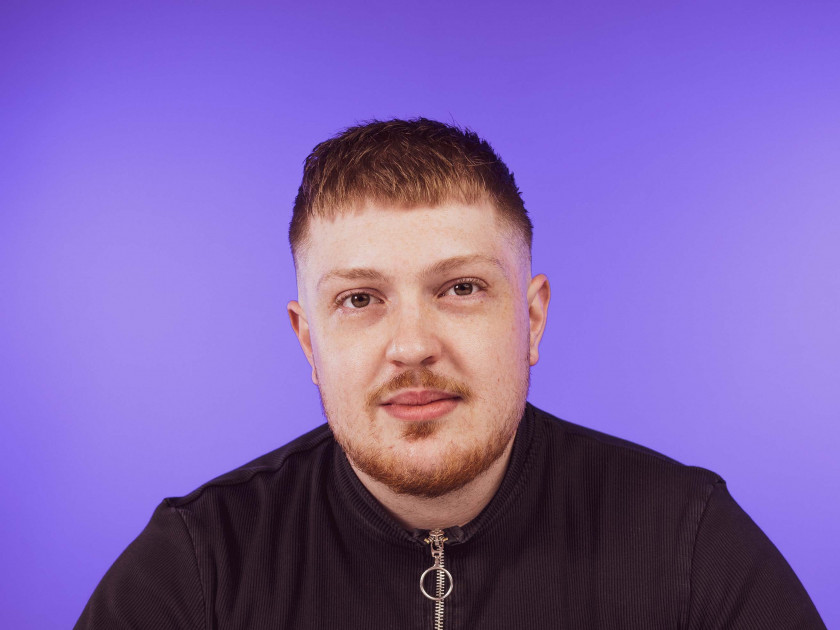 Jacob loves hip Hip hop, Dubstep, Drill and Garage and is currently releasing his own music under the pseudonym Baku Productions. 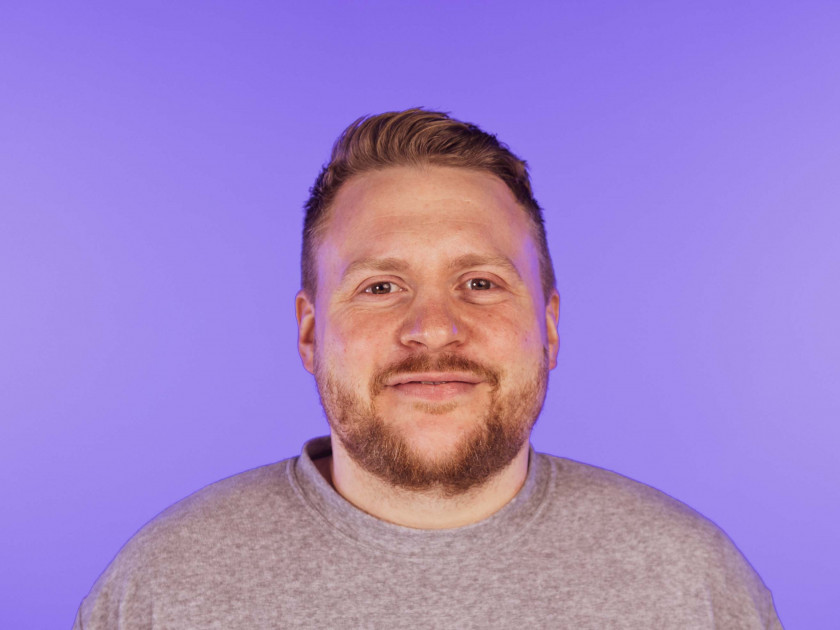 Michael is our live events programmer, SmartStudio sales partnership manager and resident Drum & Bass expert. He has years of combined experience being a producer / DJ by night whilst working sales and business development roles by day.

A music production enthusiast, Michael has released underground electronic music on over 15 labels over the years with more incoming, as well as setting up his own imprint later in 2021. Michael has had his music supported by huge acts including DJ Hazard, Hype, My Nu Leng & Noisia and has warmed up acts from Andy C to Nicky Blackmarket.