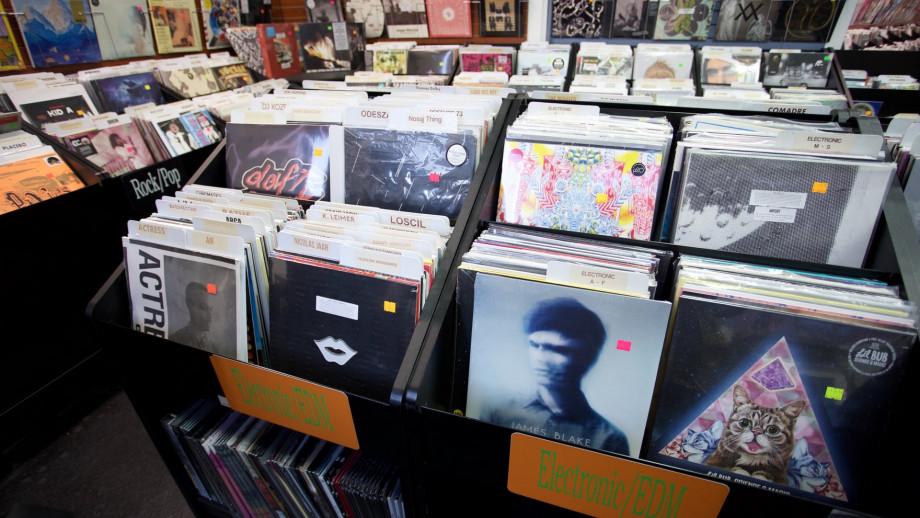 Looking through all the different sub-genres and styles of house music can be confusing. Throughout it all pulses the same steady 4 on the floor beat, but the genre has evolved a great deal since its birth in 1980s Chicago. In doing so, we’ve seen house music rise out of underground clubs and burst into mainstream pop music, warp into weird niches and take influences from all over the globe. Here’s a guide to examples of some of the most important sub-genres of house music.

Often referred to simply as ‘acid’, this style can trace its roots back to 1980s Chicago. Its sound is defined by the squelchy basslines of the Roland TB-303, a repetitive 4/4 drum pattern and stripped-back productions. More than just a genre, Acid started a whole new movement for clubbing, dubbed the ‘second summer of love,’ full of hedonistic warehouse raves and yellow smiley faces.

With big room house, superstar DJs like Martin Garrix, Hardwell and Dmitri Vegas & Like Mike took house music to new commercial heights with a sound tailor-made for the festival mainstage and, yes, big rooms. It was spawned in the early 2010s with influences from electro-house and mainstream EDM music. Expect to hear long build-ups followed by massive electro-tinged drops.

In the early 80s Chicago, rising from the ashes of a rapidly declining Disco scene, house was born. In Chicago’s famous Warehouse club (from which the name house likely comes), pioneers like Frankie Knuckles took old Disco records and chopped them up along with different samples and new drum machines to create a new, hypnotic groove.

Born out of the Chicago house scene, Deep house blends the classic four on the floor house beats with elements more often associated with jazz and soul music. As the name would suggest, it's more laid-back and features soft key sounds often playing some jazzy chords, and you’re quite likely to hear some smooth vocals too.

By taking the funky rhythms of old disco records and combining them with grooving drums and a generous amount of filter effects, acts like Alan Braxe, Bob Sinclar and Cassius gave a ‘French Touch’ to house music. It was with Daft Punk that the genre exploded in popularity and helped bring dance music more into the mainstream.

Also known as buftech or minimal house, microhouse is heavily influenced by techno – you can think of it as a more house-focused version of minimal techno. One of its defining characteristics is the use of weird glitchy samples in place of more conventional drum sounds.

Electro house’s massive bass sounds have seen it become wildly popular across the globe. Its roots can be traced back to, unsurprisingly, a mix of earlier electro sounds with house music. The word electro would go on to be a by-word for the harder dance music popularised by heavy-hitting acts including Benny Benassi, Justice and Deadmau5.

Like prog rock acts before them, progressive house DJs seek to dial up the scale of their music. Build-ups are measured in the minutes – there’s a real emphasis on taking the crowd on more of a journey. Progressive house also draws a large influence from trance and European house music.

As a combination of the structures and grooves of house music with the rugged sounds and styles of techno, tech-house has become its own unique thing. It draws many of its stylistic cues from progressive house but with a slightly more laid-back approach and the snappy, distorted drum sounds from techno.

First pioneered in the 2010s by acts like Tchami and brought to the mainstream by acts like Oliver Heldens, future house was originally created to encapsulate ‘house music that hasn't been invented yet.’ It’s known for its high energy ‘metallic’ drops that are influenced by UK garage alongside big FM basses.

Originally born out of South Africa but now popular across the continent and beyond, Afro-house is a blend of the deeper, soulful side of house music with an unmistakable African influence. It draws influence from Kwaito as well as more classic house sounds.

This blend of hip-hop and house music was either born in the UK, Chicago or both, depending on who you ask. It had a large influence on the UK rave scene before evolving into a far more commercial form called electro hop, popularised by the likes of LMFAO and Pitbull.

Born in New York’s Paradise Garage nightclub, this early form of house music shows influences from gospel and R&B. Its popularity across the Atlantic led British producers to combine these sounds with some jungle influence to create UK Garage.

If all this has got you in the mood to start spinning some house records, be sure to check out Archie Hamilton’s new video course, where the house DJ talks you through his secrets for mixing and preparing for sets on the biggest stages.