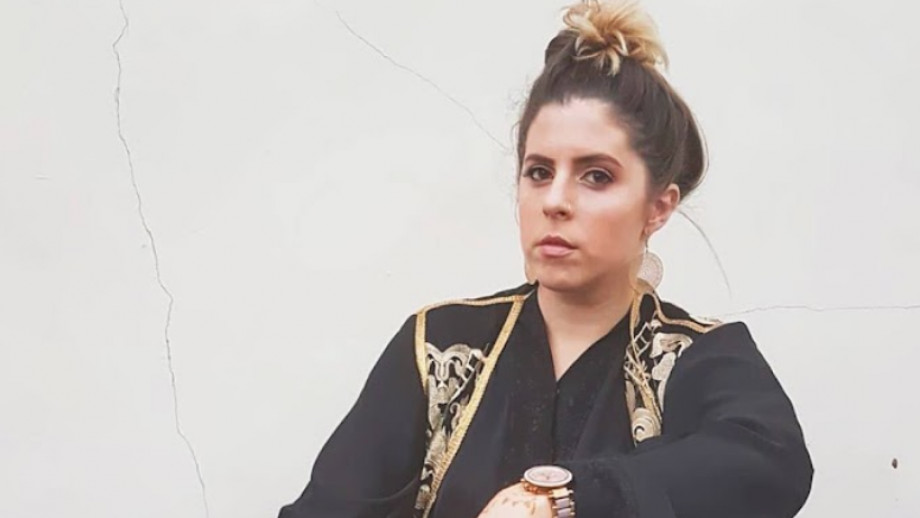 Saliah is a DJ and producer who's been making waves with her hard-hitting club bangers that blend Arabic grooves with big EDM beats. We're catching up to chat about how she first got started in music and how she sees DJing as a powerful tool for empowerment and representation.

Early on, you were big into Drum and bass music. What is it that meant you left this scene and do you think there's any influence leftover from these days in the music you make now?

I was in the Drum and Bass scene for almost 15 years on and off. I started on vinyl, and I used to travel to Nicky Blackmarket’s record shop to try and find any white labels. I left because my experience of the scene meant I faced a lot of misogynistic behaviour and to this day, we’re still continuing to see all-male lineups in the Drum and Bass scene and there’s no excuse for it. Whilst my experience of the scene was difficult, the influence of the music still carries through to the music I make today. I was known for playing jump-up drum and bass and my alter-ego at the time was DJ Missile. I love the hard-hitting basslines and bass wobbles in Jump up, and you can definitely hear that influence in the music I make today.

How do you think DJ-ing can be used to empower young women, especially those from underrepresented backgrounds?

Djing can be used as a powerful vice for expression. I think of DJs like Sama' Abdulhadi who has used Dj’ing as a platform to represent herself and the country of Palestine as a form of resistance, and Anahita Shamsaei, an Iranian Techno DJ who has recently set up a platform called Makan, to showcase pre-recorded sets on a projector by Dj’s from countries where they are either unable to travel or can’t safely host electronic-music nights in the country they reside in. There’s also Dj Nooriyah, who’s recently set up ‘Middle of Nowhere’ to host emerging and established DJs from the SWANA (South West Asian and North African Region) region across a variety of genres. In regards to myself. I often work with TheFormYouLa, doing DJ workshops in schools where I work with young women in understanding how song lyrics may impact their positionally in society and I’m currently developing a Discord community safe-space called MAZIKA for BIPOC female and non-binary/non-gender conforming DJs and music producers, as well as an all-electronic night highlighting DJ’s from the SWANA region (coming very soon!). It’s crucial for female and non-binary artists to be represented, without them, young women and non-binary people are not able to see a version of themselves reflected back at them. 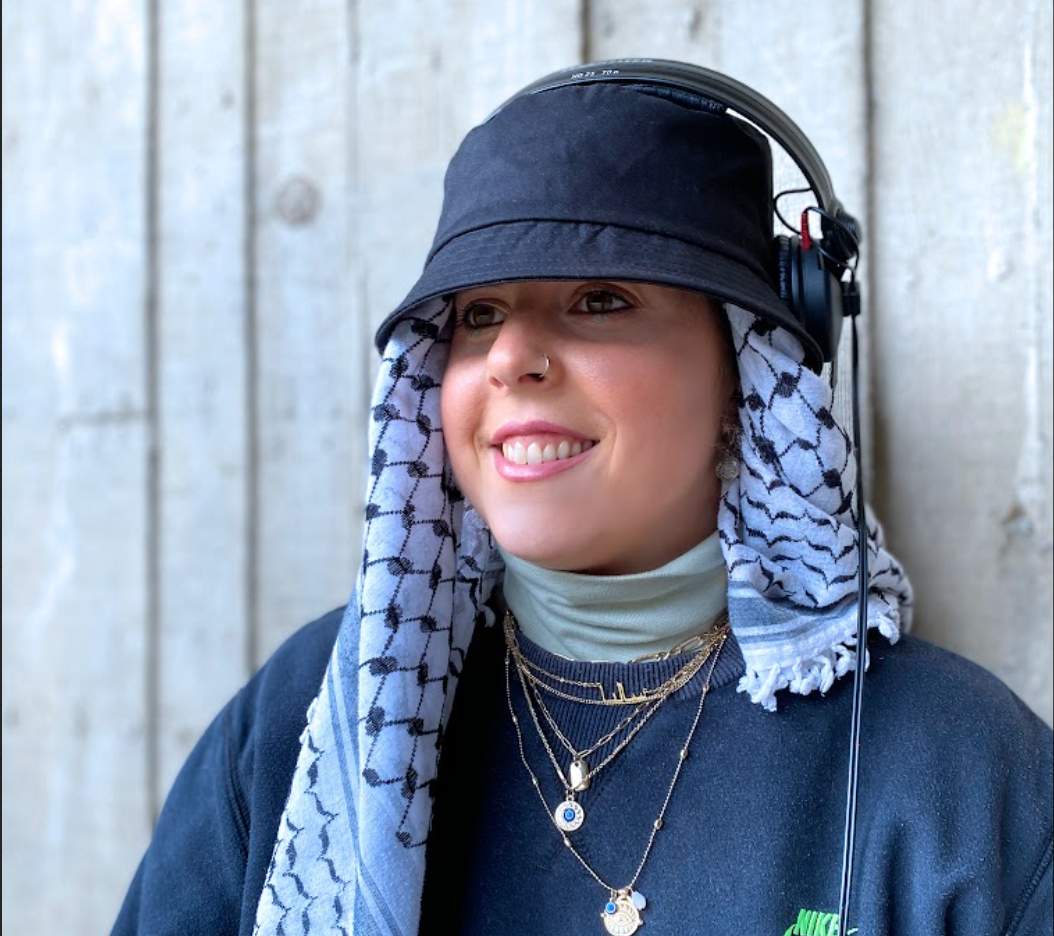 How have you dealt with the highly competitive space of live DJ bookings?

For me, it’s really all about networking. Back in the day - I used to hand out my mixtapes on a CD to local promoters, now things have changed. I’ll reach out on social media, or join important communities like Virtuoso, Pirate studios, DJ Turno’s Ethos and other Discord channels where you can easily connect with other people to collaborate or seek advice from.

Can you tell us a bit about how you ended up getting a support slot for Lady Leshurr?

I’d just got myself a controller. I’d never used them before, I was always using CD-J’s or Vinyls. It taught me a lot about opening up to different genres. I love a wide variety of genres, and I was experimenting with mixing Hip-Hop and Chart music. I’d been asked to DJ at a friend's house party, and I had someone record me doing a mix with a couple of Lady Leshurr’s tracks. I’d been a huge fan of hers since the Channel-U, SBTV F64 and The Uk Female Allstars of Grime days. Always tried to catch her live shows and I tagged her on social media and she absolutely loved what I was doing. A couple of weeks later - I couldn’t believe it - Leshurr dm’d me to ask to be a support DJ at the Śląski Rap Festival in Poland. I initially was apprehensive, I was such a big fan and only recently moved into mixing with other genres outside of Drum and Bass and I didn’t want to let her down. Leshurr was really supportive, and said just come and have fun - so I did! We had a crazy time to say the least!

What are the top things you’ve got out of being a Virtuoso member and attending our live sessions?

I really value the fact Virtuoso has a focus on the underground UK music scene. It’s also at a very accessible price point which is super important. It’s the first platform I’ve subscribed to where I feel the team are genuinely engaged in the success and future of its members. The live sessions are invaluable. It gives you very sought after opportunities to meet with industry professionals you’d most likely struggle getting in front of, and it gives them the opportunity to virtually meet you face-to-face. I’d highly recommend Virtuoso to anyone starting out and anyone established.

How does the music scene in the SWANA region compare to the UK?

The music scene in the SWANA region has always hosted an incredible amount of talent. In my opinion, some of the best music in the world has come out of the region and influenced other producers to create some of the biggest hits of all time. Take Timbaland for example, who took samples from Egyptian composer Baligh Hamdi’s 'Khosara Khosara' to create Jay-Z’s chart-topping Big Pimpin and Algerian star Warda's "Batwanness Beek” to create "Don't Know What to Tell Ya" by Aaliyah.

There are plenty of pockets within communities in the region that are at the forefront of music, and it's continuously evolving, even taking influence from UK Drill for example. There are also small pockets of communities here within the UK keeping the culture and music alive via events and cultural producers such as but not limited to; Marsm, The Arab British Center, Liverpool Arab Arts Festival and Shubbak Festival. 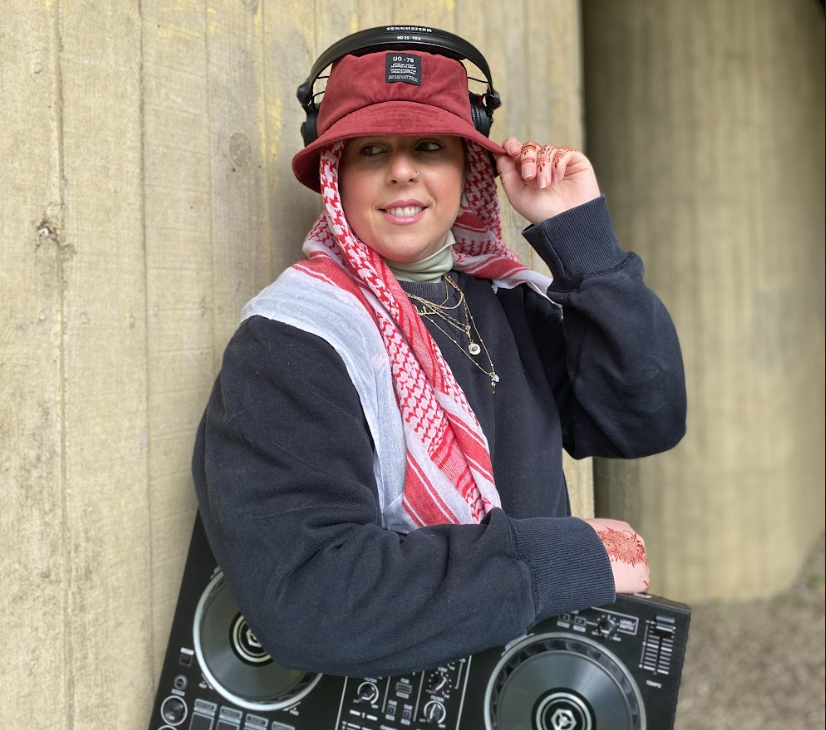 I’ve always tried to make my own music, ever since I got a free software in a cereal box many years ago, or I’d try to make my own tracks by layering multiple recordings in Audacity.

It was just before the start of the pandemic where I thought if I don’t do it now, I never will. I was hooked. With my love for Arabic music, Grime and Drum and Bass, I naturally started to produce music that was fitting in the realm of Bass House, Breaks, UK Funky and more.

The only barriers I had were cultural - so I’ve always had to hold down a job as a designer to keep a career that was recognised as ‘'legitimate''. It’s not the ‘expected’ outcome for a woman of Arab and Muslim heritage to be a music producer or a DJ. That’s what always held me back. So I sat my mum down and I asked her - how would you feel about me trying to produce my own music? She was incredibly supportive and said ‘If you have a talent - why waste it! Go for it!’. I am one of the lucky ones, and I understand the privilege I have of having the support of my parents. I hope that my work will eventually show the importance of our contribution to the industry as women from underrepresented backgrounds.

Yes! I was awarded a DYCP grant last year from the Arts Council to study Arabic Music Theory and apply it to electronic music. Most DAWs are built with the western understanding of scales and theory. This means they are mostly inaccessible for other forms of tuning. A variety of music outside of the western context uses micro-tuning. That’s not something you can easily set up in DAWs which set western scales as the default of their core build. I’m in talks with many incredible artists and producers from the SWANA region like Sarouna, Bruno Cruz, Liliane Chlela and Eljehaz who have managed to find ways to challenge the system via self-built plug-ins and external modular synthesisers that enable micro-tuning. I hope that with my work, I’ll be able to create an accessible format of information for other producers to use moving forward who would like to work with micro-tuning and alternative scales outside of a colonial lens, and showcase a live performance of my works in progress based on the research carried out.

Make sure to check out Saliah on Soundcloud and Instagram so you don't miss any upcoming releases. 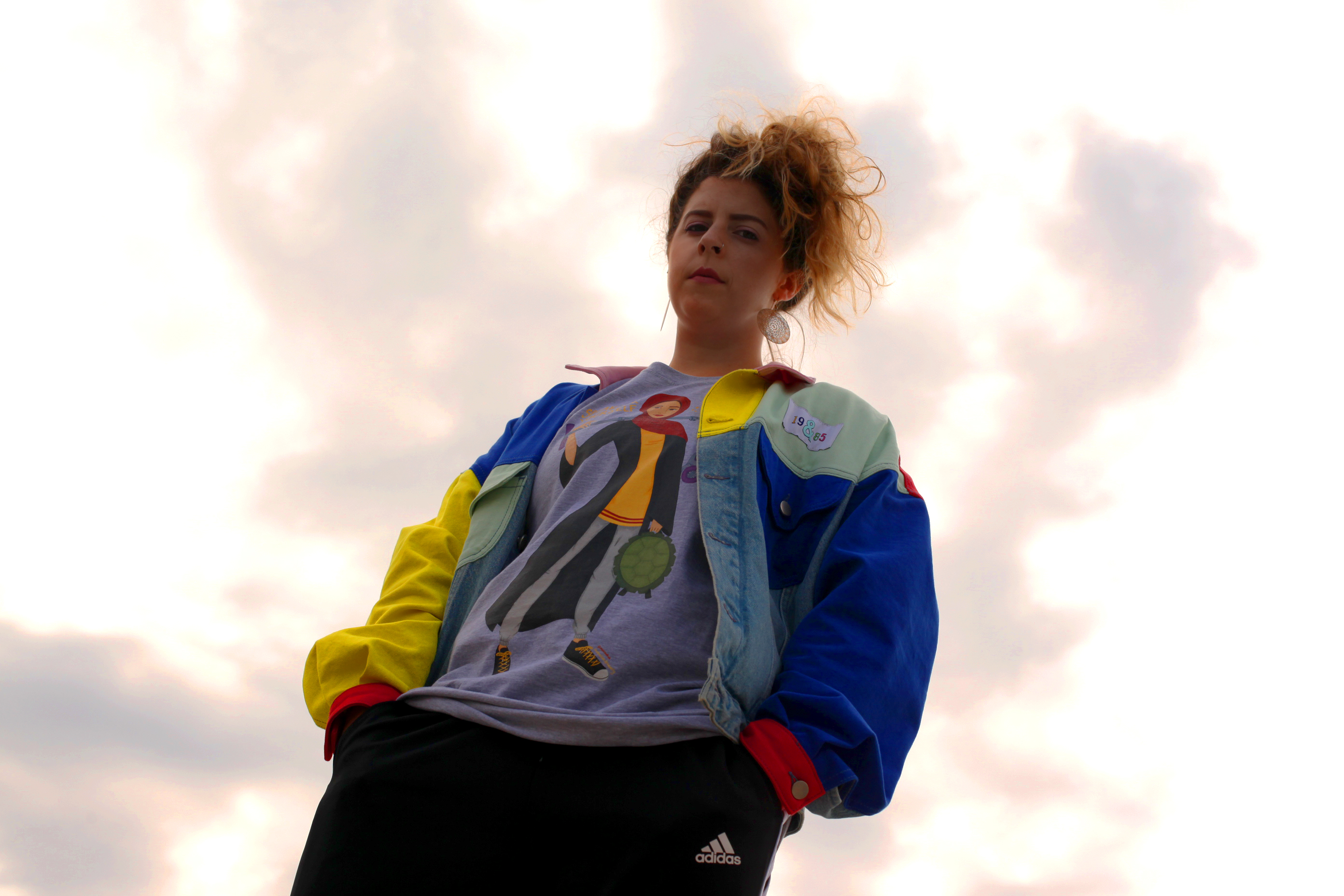