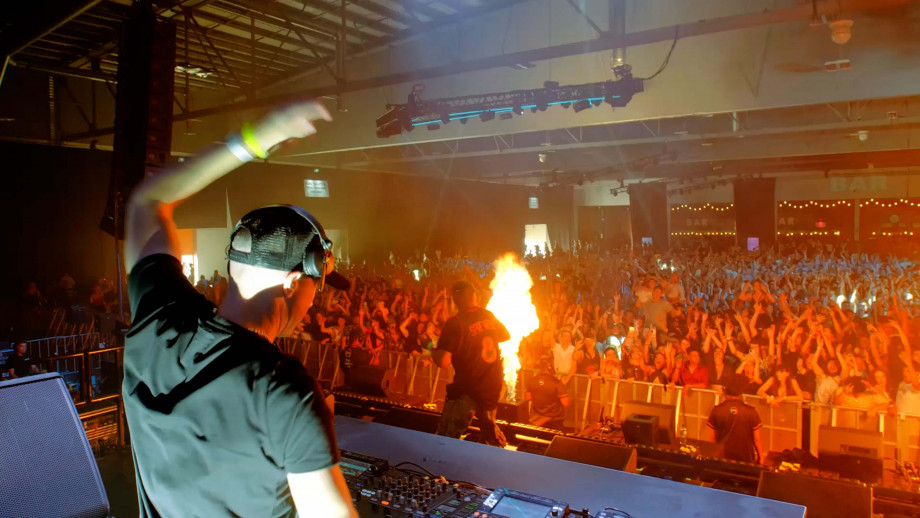 Drum and bass music has seen great success since its inception in the early 90s. The style’s up-tempo, broken beat drums can be found in many corners of the globe. Many genres see periods of success and then fall out of the limelight, especially in the ever-changing Dance music scene, but DnB has managed to keep itself consistently relevant and active for over 25 years now.

This is partly down to DnB’s ability to innovate and develop to keep up with the times and the demands of its audience. Even to this day, new styles and subgenres of DnB are emerging, showing that the genre has far from burnt itself out. But with new styles emerging so rapidly and the attention shifting between styles so often, it can be easy to get confused as to which is which. So, here's a breakdown of the subgenres of DnB most commonly found in today’s Dance music scene.

Jungle was the very first style of DnB to exist. In fact, the term ‘Jungle’ actually predates the term ‘Drum and bass’. Jungle music was born around 1993/1994 in London and came about as a result of many different styles fusing together in UK Rave music. It was inspired by the heavy sounds of Dub basslines, MCs toasting in Reggae and the sampled breakbeats that had become so popular in Acid house and UK Hardcore. Jungle is characterised by very fast breakbeat drums that are heavily processed, sequenced and chopped up over big synthesised basslines and Reggae inspired vocals. Jungle was such a cultural explosion that the ripples can still be felt today in the DnB world, with many of the original Jungle artists still releasing music and performing today. The style has evolved over the years and advances in music technology have led the subgenre to develop a cleaner sound, but at its core, not much has changed.

Neurofunk emerged around 1997/1998, when producer Optical took the heavily sampled break-based style of DnB and removed the breakbeats, instead favouring more complex synth work and sound design at the forefront of the sound. Since then, Neurofunk has always been about pushing sound design as far as possible. Modern Neurofunk showcases incredibly complex noise basses and multiple layers of intricate synthesis. The result is very often seen as unmusical as a result of the prominence of noise over harmony, but Neurofunk remains the genre of choice for any DnB fans that have a soft spot for experimental sound design.

Whilst the original Jump up sound originated not long after Jungle music in 1994, characterised by warbling basslines and Hip hop style rhyming, this is not the same style now recognised as Jump up DnB. Today’s Jump up was actually born in a revival of the subgenre in 2001, sparked by the release of ‘Body Rock’ by Shimon and Andy C. This new style showcased the warble basslines from the original style, but took them further and further in terms of sound design. This has continued up to the present day, with many Jump up tracks being the most commercially successful tracks in DnB, despite their increasingly abrasive basses. Modern Jump up is characterised by its aggressive, screechy mid-frequency bass riffs, punchy drums, fast-flowing MCs and mainstream style vocals.

Also born around the turn of the millennium, Liquid DnB offers a totally different soundscape to the rest of the subgenres on this list. Unlike most DnB, which strives for high-energy, maximum-intensity moments, Liquid DnB showcases a relaxed vibe that is designed to help you unwind. Dominated by soothing vocal melodies, heavy use of reverb and as many guitars and piano sounds as possible, Liquid is all about unwinding. It is also often the easiest style of DnB to spot because it is so different in sound to the rest. In short, if a track has a Drum and bass beat but is still calming you down - that’s Liquid DnB.

Minimal DnB is known by many names today, including ‘Deep DnB’ and ‘Dark DnB’. The birth of the sound is difficult to pin down because the premise is relatively simple and has been found to varying degrees in track since the early Jungle era. This premise is to try and get as much as possible out of very few sounds. Often, Minimal DnB tracks are dominated by big sub-basses and sparse drum beats, and they feature significantly fewer layers than other forms of DnB. In the modern era, this style is championed by artists such as Skeptical and Jam Thieves, but many artists have seen success in this style over the years.

Half time DnB stands out from the crowd when compared to the other styles of DnB. This is because the drum beats are produced at, yes – you guessed it, half of the normal tempo. This offered DnB artists the opportunity to enjoy some slower projects whilst still remaining within the genre. Half time often takes on the sonic characteristics of each of the other styles of DnB and so doesn’t technically have a sound of its own outside of the lower tempo.

Rollers is the newest, most recent style of DnB to break into the fold. Born around 2016/2017 by pioneer Benny L, this sound seems to merge the characteristics of Jump up and Minimal DnB into one style. The style is often associated with the ‘foghorn’ sound, which refers to one long synthesised bass which is affected and transformed as the note goes on. Rollers also feature a big contrast between high and low energy points in phrases, with sections often starting with multiple layers of synths and ending with just a sparse drum beat.

Check out these Rollers tracks: Benny L – Vanta Black (Instrumental), Enei – Sinking and Kings Of The Rollers – You Got Me (S.P.Y Remix).

Dancefloor is another of the recent styles to emerge in DnB. This is DnB in its most commercial and marketable format, with big production value and incredibly catchy melodies. Artists like Friction, Dimension and Chase & Status are active in this style to the present day. The sound is characterised by its mainstream appeal and parallels with Popular music, as well as its big mid-range synth bass melodies and surgically layered drum parts.

So, there you have all of the styles of DnB that can most commonly be found in today’s DnB community. Each of them offers something unique, so they can be very divisive, but knowing which subgenre is which can really help you to find your own favourite style of DnB.

If you’re a producer and are looking to start making some DnB or take your productions to the next level, then check out our video course with Friction, titled ‘Dancefloor drums’.