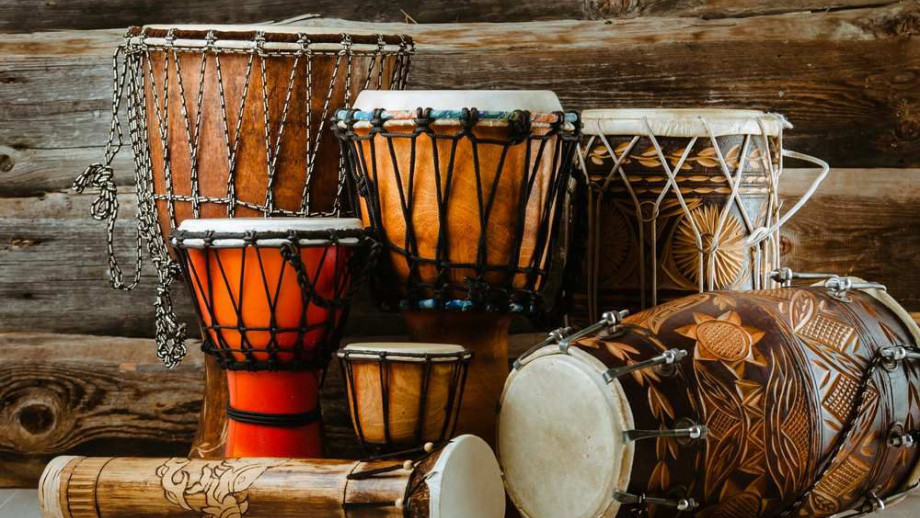 Drums are great, aren’t they? No track feels the same without drums, and many people report that they spend most of their time at performances watching the drummer. Often this is because the drummer is the most visually animated performer in a band which makes them much more fun to watch, especially in a big arena. Drums belong to the percussion family of instruments, but this set of instruments goes much further than just the standard drum kit. Here are 5 instruments that you will probably recognise, but may not be able to name. 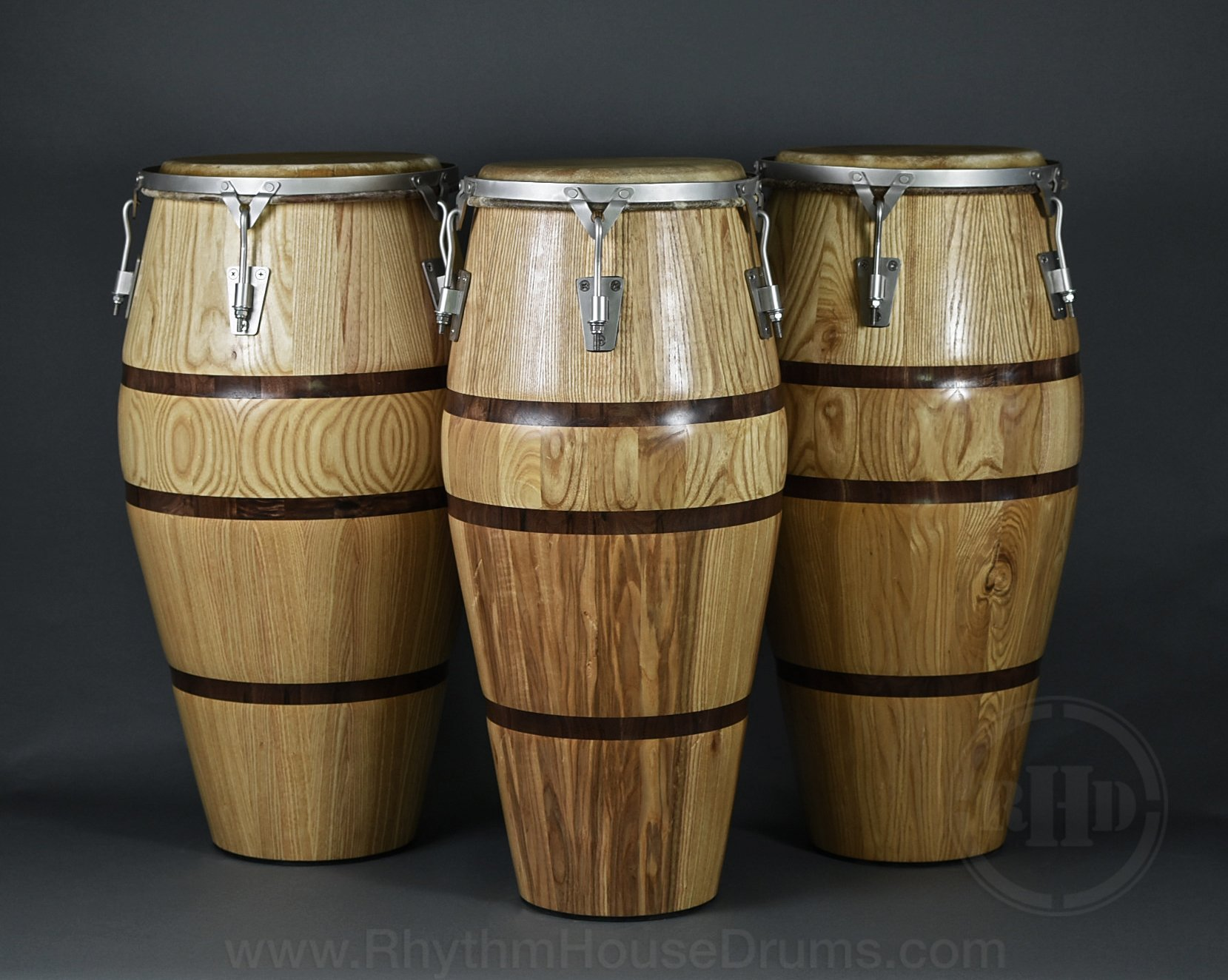 The conga drum, also known as the tumbadora, is a Cuban drum that has a tall long body and narrow skin on the head. It is commonly found in Latin style percussion sections and Samba bands. This drum has a unique sound that is similar to a low pitched bongo drum and is often played in sets of 2 or 3 on a rack. This instrument can famously be heard on the original studio recording of the Jackson 5’s ‘I Want You Back’. It can first be heard in the introduction of the track at 0:11, but it runs fairly continuously throughout the track. Experimenting with conga samples and loops can be a great way to add percussion weight and depth to a track. 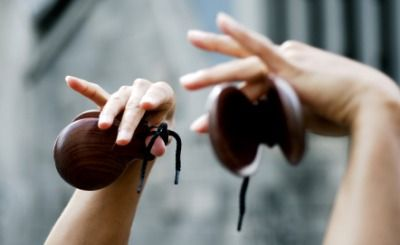 Castanets are a pair of concave shell shapes tied together on one end by a piece of string. They are based on an instrument called a crotalum, which was popular during Ancient Roman times. The instrument is played by hitting the untied end with a hand so that the 2 shell shapes strike each other. This produces a crisp and short mid to high-frequency percussion sound which can be played quickly to create rolls and percussive flare effects. Often, castanet players will have one set of castanets in each hand or will have 2 sets of castanets secured onto a board so that they don’t have to be held. Madonnas ‘Deeper And Deeper’ features castanets in the flamenco style bridge that occurs at 3:30 in the track. This is true to the original Spanish style of castanet playing. 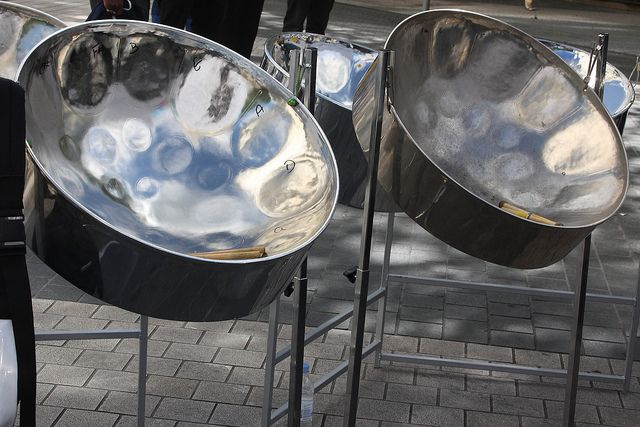 Steel pans are tuned percussion instruments that originate from Trinidad & Tobago. They are created from large steel pans or drums, hence the name, and have a very upbeat bright sound that can often be heard in Caribbean music. These instruments are usually struck by 2 beaters so that dads can be created from the sounds. To hear steel pans in action check out ‘All Under One Roof Raving’ by Jamie XX, where steel pan hits are used heavily throughout to create some tonal interest in a tonally sparse track. 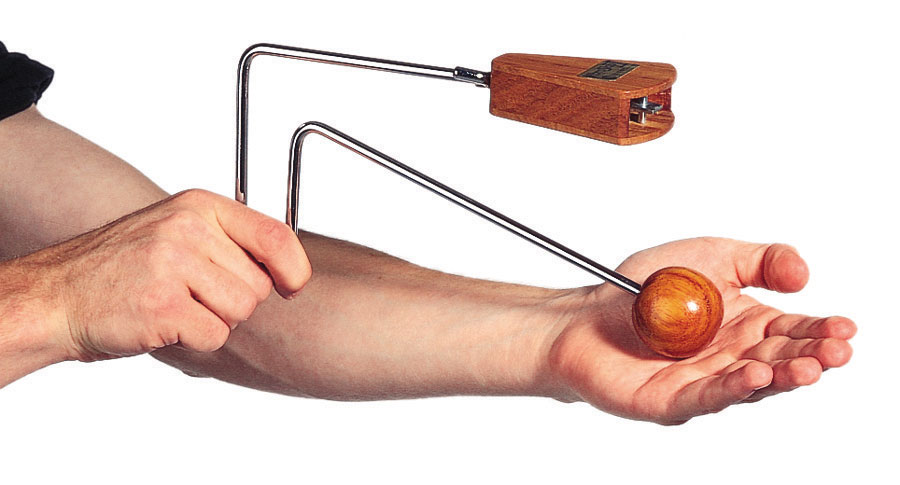 The vibraslap is an instrument created by the company Latin Percussion and was originally designed to approximate the sound of a jawbone. The jawbone refers to when musicians historically have used an animal's skull with teeth still attached as a percussion instrument, as the teeth create a desirable rattle after the sound. The vibraslap creates this rattle well, and different hand positions allow the player to create rattles of varying lengths after the initial strike of the sound. The vibraslap can famously be heard in the Intro of Jimi Hendrix’s ‘All Along The Watchtower’, being played by Brian Jones, guitarist of the Rolling Stones. 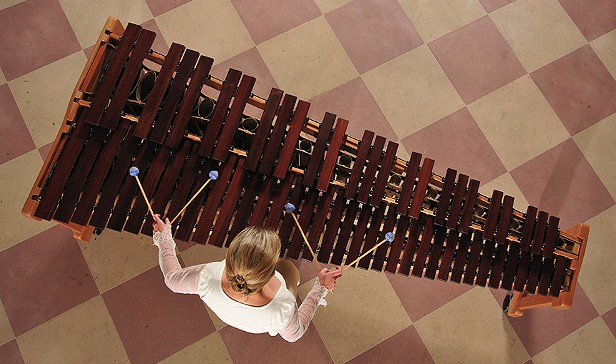 The marimba is a large wooden tuned percussion instrument that is struck with mallets to create a sound. The instrument has a keyboard style layout to the notes. This instrument creates a similar kind of sound to a xylophone, which is more recognisable, but the timbre is wooden rather than metallic. A marimba can be heard in the Intro of ‘The Nurse’ by The White Stripes, where it is used to play sweeping arpeggios & diads.

When it comes to percussion, the possibilities are endless. There are so many different percussion instruments out there that falling into the trap of just using primary drum kit sounds is missing an opportunity to give yourself a unique edge over other artists out there. Our course with the master of sampling percussion, Melé, has a course all about Party-fuelled percussion. Check it out and start perc'ing up your productions.